One of the biggest open problems in mathematics may be solved within the next decade, according to a poll of computer scientists. A solution to the so-called P versus NP problem is worth $1 million and could have a profound effect on computing, and perhaps even the entire world. The problem is a question about how long algorithms take to run and whether some hard mathematical problems are actually easy to solve. P and NP both represent groups of mathematical problems, but it isn't known if these groups are actually identical. 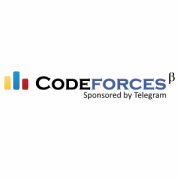 Some problems and non-problems in representation theory

Equivalence of the Frame and Halting Problems

Reduction of the State Observation Problem to an Identifiability Problem

Data integrity is a property which a world state interpreted with a world model is consistent with the real operating environment. Even a formally verified safety claim of an autonomous system is prone to a malfunction caused by loss of data integrity. From a first-person viewpoint in a congested environment, some components of measurable part of the world state may become transiently deficient or unavailable because of the limited capability of sensor devices. If the system could get into a situation where the world state becomes suddenly unobservable, existing estimation methods may get unstable. These methods can hardly detect the loss of data integrity and produce an incorrect estimate without any notice. Our insight is that we can merge the original concept of observer theory with that of automated reasoning. Firstly, we propose a new way of unifying them into a problem of checking satisfiability of a formula that consists of predicates regarding the world model and decision variables regarding unmeasurable part of the world state. We can detect a loss of data integrity by checking if the problem is unsatisfiable. Secondly, we replace the idea of observability in control theory with identifiability with respect to a measure of tolerance and a world model. We show a procedure of estimating the world state with a bounded uncertainty specified by the measure of tolerance. Third, we show that a problem of sensor fusion, a problem of reasoning a world state of discrete and enumerated type, and a decision problem under uncertainty in the world state are formulated as an identifiability problem. The proposal presents a constructive basis for supporting the degree of confidence in the estimated world state.