At E3 2018, Rare released a new teaser trailer for the upcoming "Sea of Thieves" expansions, Cursed Sails and Forsaken Shores. By the looks of things, the two new DLC packs will bring in more exciting elements to the multiplayer sandbox game. The promotional clip gives a cinematic look at what's in store for the upcoming updates. Cursed Sails will introduce skeleton crews that will rise from the depths to curse the seas.

"Titan Quest" fans would be very glad to know that a new expansion to the action role-playing game has arrived this week. Called "Ragnarok," this expansion hopes to revive the fans' fervor by introducing new enemies, mini bosses and many other changes and new features. 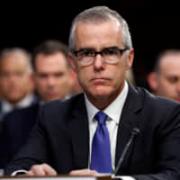 WASHINGTON – Scientists have known for decades that the universe is expanding, but research in the past few years has shaken up calculations on the speed of growth -- raising tricky questions about theories of the cosmos. The rate of expansion -- known as the "Hubble constant" -- is a central part of the quest to discover the origins of the universe, with astrophysicists believing they are getting closer and closer to the exact speed. In 1998, two teams of researchers found that the rate of expansion accelerated with distance, and that the universe was filled with mysterious "dark energy" that has caused the acceleration for 14 billion years -- earning them a 2011 Nobel Prize. The unit of measurement for the Hubble constant is kilometers per second per megaparsec -- which is 3 million light-years. According to two different methods, the rate of expansion is either 67.4 -- or 73.

IO Expansion Board For Intel Edison Description: IO Expansion Shield is one of the market favorites. Fast robotics prototyping made affordable and simple thanks to this design. Soldering and wiring often becomes a problem when a bridged connection happens and components break sometimes, increasing time and cost. The IO Expansion Shield for Edison extends Edison's powerful scope into sensing the physical world, and prepares it ready for interaction through wireless communication. This IO expansion board for Edison is compatible with Arduino open source platform and Linux, and supports Java and C development environment.

Game developer Massive Entertainment has announced that "Tom Clancy's The Division" will receive two free expansions for its second year of updates. "We are looking to reengage the players in light of the first year celebration for'The Division' by recommitting ourselves to the game in the upcoming 12 months," creative director Julian Gerighty told Game Rant. "We will be delivering two separate expansion packs for the game free to everybody in the next 12 months." "The Division" celebrates its one year mark today, and Massive will be hosting a special livestream event to mark the occasion. Developers from the studio will also be providing fans with more details on what to expect for the games second year of DLCs.