Alexa, Can You Have a Conversation With Us? (At Least a Short One?)

If you're a sports fan, you know there are two professional teams that call themselves the Giants. If someone asks about a Giants game in the summer, you know they're talking about the San Francisco Giants, who play baseball. When we asked on August 2, before pre-season football started, Google Home came to the same conclusion. And the HomePod asked that we identify the team we were talking about. Google and Apple likely have written an explicit rule for this particular situation.

Behind every great chatbot there's a great Conversation Designer

Have you ever wondered how chatbots can understand natural language and answer using the same linguistic code? The answer is simple: behind every chatbot there's a human being or a team of human beings (often) called Conversation Designers, who give them a human voice. The bases of any frictionless interaction are the ability to understand unambiguously and the ability to answer accordingly. Human-Chatbot communication makes no exception. A chatbot understands messages thanks to NLP technologies that analyze and interpret natural languages using complex Machine Learning algorithms.

All the big tech companies are in a race to make their digital assistants sound more natural. For Google, the next step to natural conversation with its Assistant is to eliminate the need to say, "OK, Google" every time you have a request. Continued Conversation will keep the Assistant listening to multiple queries as long as you keep talking and responding. The feature is launching today for English-speaking customers in the United States on the Home, Home Mini, and Home Max, which they can turn on via settings in the Google Assistant app. SEE ALSO: Google's latest assault on Apple proves how far behind Siri really is You still need to say the activation word to begin the conversation with the Assistant, but with Continued Conversation engaged, it keeps listening for 8 seconds after the last interaction to see if you're still talking. 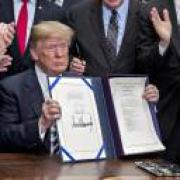 SEATTLE – A couple's private conversation was mysteriously recorded by their Amazon Echo device and sent to one of their contacts, igniting privacy concerns about the voice-activated gadgets the online retailer wants to make as commonplace in homes as televisions. The two found about it when they received a phone call two weeks ago from one of the husband's employees telling them to "Unplug your Alexa devices right now. You're being hacked," news station KIRO 7 reported. Inc. said in a statement to the station that it was an "extremely rare occurrence." The Portland, Oregon, couple used Amazon's voice-activated devices throughout their home to control heat, lights and the security system, according to the news report.

Chatbots have taken the world by storm with their efficient conversation, ubiquitous nature, interactive and predictive approach. Call us: 1 844-430-8484 hello@marutitech.com