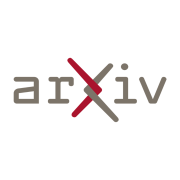 Human activity recognition has grown in popularity with its increase of applications within daily lifestyles and medical environments. The goal of having efficient and reliable human activity recognition brings benefits such as accessible use and better allocation of resources; especially in the medical industry. Activity recognition and classification can be obtained using many sophisticated data recording setups, but there is also a need in observing how performance varies among models that are strictly limited to using sensor data from easily accessible devices: smartphones and smartwatches. This paper presents the findings of different models that are limited to train using such sensors. The models are trained using either the k-Nearest Neighbor, Support Vector Machine, or Random Forest classifier algorithms. Performance and evaluations are done by comparing various model performances using different combinations of mobile sensors and how they affect recognitive performances of models. Results show promise for models trained strictly using limited sensor data collected from only smartphones and smartwatches coupled with traditional machine learning concepts and algorithms.

Google is rolling out an end-to-end on-device speech recognition technology entirely driven by neural networks for speech input in its Gboard virtual keyboard app. In a blog post, Google describes a recent paper which presents a new model trained with a recurrent neural network transducer (RNN-T) compact enough to run on a smartphone. According to "Streaming End-to-End Speech Recognition for Mobile Devices," end-to-end models directly predict character output based on speech input, and are good candidates for running speech recognition on edge devices. The Google research team found in its experiments that the RNN-T approach outperformed a conventional model based on connectionist temporal classification (CTC) in both latency and accuracy. Traditional speech recognition systems identify phonemes (sound units) from segments of audio, a model to connect phonemes into words, and a language model to analyze the likelihood of a given phrase, according to the blog.

Google said it is rolling out its visual assistant, which brings ups information as well as ways to interact with apps with a Google Assistant voice request in a full-screen experience, to Android phones this summer. When an Android user makes a query through Google Assistant, Google will provide a more interactive visual experience on the phone. That includes ways to interact with smart home products, like thermostats, or interacting directly with apps like the Starbucks app. Google's visual assistant is coming to iOS devices this year. You can make a voice query such as "what is the temperature right now," and a display shows up with a way to change the temperature.

Amazon's other voice-controlled Fire TV devices require a push of the remote's mic button or a separate Echo device with Amazon's Alexa voice assistant. Unlike the other devices, the Cube will let viewers switch between streaming services like Netflix and regular cable channels with such voice commands as "Alexa, turn on ESPN." The new device can also do typical Alexa tasks, such as playing "Jeopardy!" or fetching the weather, even when the TV is off.