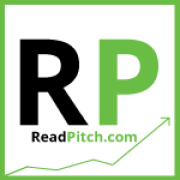 What does it take to create a winning pitch deck that gets your startup funded? Whether you are still at seed stage, or are preparing for a follow up series of funding, a lot of your success is riding on a few slides. Not long ago I covered the pitch deck template that was created by Silicon Valley legend, Peter Thiel (see it here) where the most critical slides are highlighted. Let's take a look at the early stage pitch decks from some of the hottest companies that have successfully raised big money, and see what we can learn from them. Remember to click on the pictures if you want to review the full pitch deck.

Fortnite has a bunch of new soccer pitches scattered around. Fortnite is getting ready for the World Cup, clearly. Earlier in the week, developer Epic Games added a massive Soccer Stadium to the Northern part of the map, making by far the largest addition since the beginning of Season 4. And today, it gave players something to do with it. There's currently a weekly challenge that asks players to score five goals on different soccer pitches, encouraging a wild kind of heavily-armed pickup game where even enemy combatants can sometimes let their shotguns down long enough to navigate a quick, tense face-off before inevitably picking their shotguns up again. But while the stadium is nice, I've really been enjoying the games played at the secret pitches scattered across the map.

Democrat Andrew Cuomo announced the legislation Monday, saying the ubiquitous plastic bags are taking a "devastating" toll on the environment. If passed Cuomo's measure would also include efforts to encourage the use of reusable bags.

Litmus Health is a Contestant in the AMIA Pitch Competition

Litmus Health is pleased to announce that it is a contestant in the American Medical Informatics Association's 2017 Pitch Competition. You can help us get to the finals here.