China used locational and other data from hundreds of millions of smartphones to contain the spread of COVID-19, according to Chinese sources familiar with the program. In addition to draconian quarantine procedures, which kept more than 150 million Chinese in place at the February peak of the coronavirus epidemic, China used sophisticated computational methods on a scale never attempted in the West. With more than 80,000 cases registered, China reported only 126 new cases yesterday, compared to 851 in South Korea and 835 in Iran, out of a total of 1,969 new cases worldwide. Chinese sources emphasize that the artificial intelligence initiative supplemented basic public health measures, which centered on quarantines and aggressive efforts to convince Chinese citizens to change their behavior. Chinese government algorithms can estimate the probability that a given neighborhood or even an individual has exposure to COVID-19 by matching the location of smartphones to known locations of infected individuals or groups.

IBM has filed a new patent with the aim of instilling trust in augmented reality (AR) applications when users visit real-world locations. IBM's document describes a solution which "deters augmented reality game players from intruding on undesirable locations," such as private property, culturally sensitive locations, or areas deemed high-risk -- which could potentially include locations linked to high levels of crime. AR applications apply an additional, virtual level of'reality' to our environments. It was, perhaps, the emergence of and surprising popularity of the AR app Pokemon Go in 2016 which first highlighted the potential of these games -- but also the disadvantages. Users walked around their hometowns in a quest to capture rare pokemon, take over'gyms,' visit Pokestops, and battle each other, The location-based landmarks, however, also caused residents disruption, noise, traffic jams, crowds, and sometimes led players to inappropriate areas -- such as drug clinics, memorials, and private homes.

In this paper, we propose an unsupervised data-driven approach to predict real-time locational marginal prices (RTLMPs). The proposed approach is built upon a general data structure for organizing system-wide heterogeneous market data streams into the format of market data images and videos. Leveraging this general data structure, the system-wide RTLMP prediction problem is formulated as a video prediction problem. A video prediction model based on generative adversarial networks (GAN) is proposed to learn the spatio-temporal correlations among historical RTLMPs and predict system-wide RTLMPs for the next hour. An autoregressive moving average (ARMA) calibration method is adopted to improve the prediction accuracy. The proposed RTLMP prediction method takes public market data as inputs, without requiring any confidential information on system topology, model parameters, or market operating details. Case studies using public market data from ISO New England (ISO-NE) and Southwest Power Pool (SPP) demonstrate that the proposed method is able to learn spatio-temporal correlations among RTLMPs and perform accurate RTLMP prediction.

The Productivity Commission has called on the Turnbull government to adopt a "proper vehicle" for reducing carbon emissions that puts a single price on carbon, saying it would benefit consumers. It says a price on carbon must eventually form part of Australia's energy markets and would help to deliver the greatest possible market regulation reform benefits over the next five years. The recommendation can be found in the Productivity Commission's new report, called Shifting the Dial, released on Tuesday. It is the first of a series of new five-yearly reports on Australia's economic performance, styled on the commonwealth government's intergenerational report, commissioned by the treasurer, Scott Morrison. The Productivity Commission's report has taken aim at successive governments, at the state and federal level, which have contributed to Australia's "energy wars", saying politicians have made insufficient use of experts in recent years. 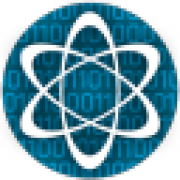 As IOT Data proliferates one of the game changing use cases which it enables is dynamic pricing. As assets get instrumented one can have usage based pricing of assets on lease. We are already seeing disruptions in pricing model in the automotive industry where sensor data which is a proxy for driving habits is fuelling usage based insurance premiums. Flutura has been working with Utility companies which is one of the industries in Industrial Internet/IOT category undergoing fundamental shifts because of deregulation and increased instrumentation of the grid. Pricing in the utility industry is a very crucial lever and there is a lot of headroom for Utility companies to innovate on their pricing levers using data science.