A Review of the Semantic Web Field 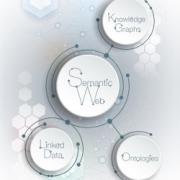 Let us begin this review by defining the subject matter. The term Semantic Web as used in this article is a field of research rather than a concrete artifact--in a similar way, say, Artificial Intelligence denotes a field of research rather than a concrete artifact. A concrete artifact, which may deserve to be called "The Semantic Web" may or may not come into existence someday, and indeed some members of the research field may argue that part of it has already been built. Sometimes the term Semantic Web technologies is used to describe the set of methods and tools arising out of the field in an attempt to avoid terminological confusion. We will come back to all this in the article in some way; however, the focus here is to review the research field. This review will be rather subjective, as the field is very diverse not only in methods and goals being researched and applied, but also because the field is home to a large number of different but interconnected subcommunities, each of which would probably produce a rather different narrative of the history and the current state of the art of the field. I therefore do not strive to achieve the impossible task of presenting something close to a consensus--such a thing still seems elusive. However, I do point out here, and sometimes within the narrative, that there are a good number of alternative perspectives. The review is also very selective, because Semantic Web is a rich field of diverse research and applications, borrowing from many disciplines within or adjacent to computer science.

An Automatic Ontology Generation Framework with An Organizational Perspective

Ontologies have been known for their semantic representation of knowledge. ontologies cannot automatically evolve to reflect updates that occur in respective domains. To address this limitation, researchers have called for automatic ontology generation from unstructured text corpus. Unfortunately, systems that aim to generate ontologies from unstructured text corpus are domain-specific and require manual intervention. In addition, they suffer from uncertainty in creating concept linkages and difficulty in finding axioms for the same concept. Knowledge Graphs (KGs) has emerged as a powerful model for the dynamic representation of knowledge. However, KGs have many quality limitations and need extensive refinement. This research aims to develop a novel domain-independent automatic ontology generation framework that converts unstructured text corpus into domain consistent ontological form. The framework generates KGs from unstructured text corpus as well as refine and correct them to be consistent with domain ontologies. The power of the proposed automatically generated ontology is that it integrates the dynamic features of KGs and the quality features of ontologies.

Semantic Web is actually an extension of the current one in that it represents information more meaningfully for humans and computers alike. It enables the description of contents and services in machine-readable form, and enables annotating, discovering, publishing, advertising and composing services to be automated. It was developed based on Ontology, which is considered as the backbone of the Semantic Web. In other words, the current Web is transformed from being machine-readable to machine-understandable. In fact, Ontology is a key technique with which to annotate semantics and provide a common, comprehensible foundation for resources on the Semantic Web. Moreover, Ontology can provide a common vocabulary, a grammar for publishing data, and can supply a semantic description of data which can be used to preserve the Ontologies and keep them ready for inference. This paper provides basic concepts of web services and the Semantic Web, defines the structure and the main applications of ontology, and provides many relevant terms are explained in order to provide a basic understanding of ontologies.

The increasing digitalization of the manufacturing domain requires adequate knowledge modeling to capture relevant information. Ontologies and Knowledge Graphs provide means to model and relate a wide range of concepts, problems, and configurations. Both can be used to generate new knowledge through deductive inference and identify missing knowledge. While digitalization increases the amount of data available, much data is not labeled and cannot be directly used to train supervised machine learning models. Active learning can be used to identify the most informative data instances for which to obtain users' feedback, reduce friction, and maximize knowledge acquisition. By combining semantic technologies and active learning, multiple use cases in the manufacturing domain can be addressed taking advantage of the available knowledge and data.

Most of the existing techniques to product discovery rely on syntactic approaches, thus ignoring valuable and specific semantic information of the underlying standards during the process. The product data comes from different heterogeneous sources and formats giving rise to the problem of interoperability. Above all, due to the continuously increasing influx of data, the manual labeling is getting costlier. Integrating the descriptions of different products into a single representation requires organizing all the products across vendors in a single taxonomy. Practically relevant and quality product categorization standards are still limited in number; and that too in academic research projects where we can majorly see only prototypes as compared to industry. This work presents a cost-effective solution for e-commerce on the Data Web by employing an unsupervised approach for data classification and exploiting the knowledge graphs for matching. The proposed architecture describes available products in web ontology language OWL and stores them in a triple store. User input specifications for certain products are matched against the available product categories to generate a knowledge graph. This mullti-phased top-down approach to develop and improve existing, if any, tailored product recommendations will be able to connect users with the exact product/service of their choice.