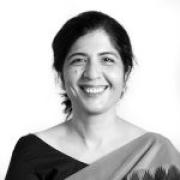 This week we are celebrating Computer Science Education Week around the globe. In this "age of acceleration," in which advances in technology and the globalization of business are transforming entire industries and society itself, it's more critical than ever for everyone to be digitally literate, especially our kids. This is particularly true for women and girls who, while representing roughly 50 percent of the world's population, account for less than 20 percent of computer science graduates in 34 OECD countries, according to this report. This has far-reaching societal and economic consequences. By 2020, the U.S. Bureau of Labor Statistics predicts that there will be 1.4 million computing jobs but just 400,000 computer science students with the skills to apply for those jobs. Computer science is a top-paying college degree and computer programming jobs are growing at a rate that is double the national average, according to a National Association of Colleges and Employers report.