NASA's Artemis program will eventually need robots to help live off the lunar soil, and it's enlisting help from the public to make those robots viable. The space agency has picked winners from a design challenge that tasked people with improving the bucket drums RASSOR (Regolith Advanced Surface Systems Operations Robot) will use to dig on the Moon. The victors all had clever designs that should capture lunar regolith with little effort -- important when any long-term presence might depend on bots like this. The winner was a trap from Caleb Clausing that uses a passive door to grab large amounts of soil while remaining dust-tolerant. Others included a simple-yet-effective drum from Michael R, another from Kyle St. Thomas that uses narrow drums, an efficient double-helix design from Stephan Weiβenböck and a model from Clix that uses both gravity and weight to help movement. 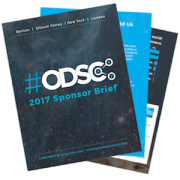 Alfredo joined Element AI as a Research Engineer in the AI for Good lab in London, working on applications that enable NGOs and non-profits. He is one of the primary co-authors of the first technical report made in partnership with Amnesty International, on the large-scale study of online abuse against women on Twitter from crowd-sourced data. He's been a Machine Learning mentor at NASA's Frontier Development Program, helping teams apply AI for scientific space problems. More recently, he led the joint-research with Mila Montreal on Multi-Frame Super-Resolution, which was awarded by the European Space Agency for their top performance on the PROBA-V Super-Resolution challenge. His research interests lie in computer vision for satellite imagery, probabilistic modeling, and AI for Social Good.

NASA's Jet Propulsion Laboratory is seeking ideas from the public around what kind of scientific equipment they could use to outfit tiny lunar rovers to help with Artemis and other Moon missions. The call, issued via crowdsourcing platform HeroX and called'Honey, I Shrunk the NASA Payload' in a very contemporary nod to a movie that came out 31 years ago, seeks payloads with maximum dimensions of no more than 4″ x 2″, or "similar in size to a new bar of soap." NASA wants to be able to perform the kind of science that has, in the past, required large launch vehicles, large orbiters and large launch vehicles, but with much greater frequency and at much lower costs than has been possible before. In order to pave the way for long-term lunar human presence and eventual habitation, NASA says it needs "practical and affordable ways to use lunar resources," in order to defray the costs of resupply missions – already an expensive undertaking when just traveling to the International Space Station in Earth's orbit, and astronomically more so when going as far afield as the Moon . The goal is for these to be pretty much immediately available for service, with the hope that they can be shipped out to the Moon over the course of the next one to four years.

Debris disks around stars are good indicators of exoplanets. As part of an effort to identify distant planets hospitable to life, NASA has established a crowdsourcing project in which volunteers search telescopic images for evidence of debris disks around stars, which are good indicators of exoplanets. Using the results of that project, researchers at MIT have now trained a machine-learning system to search for debris disks itself. The scale of the search demands automation: There are nearly 750 million possible light sources in the data accumulated through NASA's Wide-Field Infrared Survey Explorer (WISE) mission alone. In tests, the machine-learning system agreed with human identifications of debris disks 97 percent of the time.

When crowdsourced labor company CrowdFlower recently raised funding from Microsoft, co-founder Lukas Biewald told me his team was focused on technology that allows businesses to supplement algorithms and artificial intelligence with human judgment from crowdsourced labor pools. Now CrowdFlower bringing on more experts to shape the development of that technology. Specifically it's formed a three-person scientific advisory board, made up of Barney Pell (founder/co-founder of startups including Powerset, LocoMobi and Moon Express, who also led an artificial intelligence team at NASA), Anthony Goldbloom (founder and CEO of Kaggle) and Pete Warden (a staff research engineer at Google, where he's the technical lead on the TensorFlow Mobile machine learning project). "With all these different customers and all these different applications, we wanted them to be confident that they're going to get a high-quality algorithm," said Biewald. He's also a friend of mine from college --although we really only talk about CrowdFlower now, which is kinda sad when you think about it.)