How to Apply Artificial Intelligence in Education? -- Observatory of Educational Innovation

The dream of creating a machine that emulates human behavior has been an obsession throughout human history. Artificial Intelligence (AI) has been in our minds for many years, since Adam's creation: "God creates him from a moldable material, programs him, and gives him the first instructions (Sánchez-Martín et al. 2007)." Even in Greek mythology with Ovid's account of Pygmalion sculpting a figure of a beautiful woman who is given life for Pygmalion to love her. In Hebrew mythology, the Golem was created with clay and animated to save the inhabitants of a Jewish city. In Norse mythology, the giant Mökkurkálfi or Mistcalf was created from clay to support the troll Hrungnir in his fight against Thor.

We've forgotten the most important thing about AI. It's time to remember it again

In the 18th century, Hungarian inventor Wolfgang von Kempelen created a never-before-seen chess-playing machine. The automaton, called the Mechanical Turk, could handle a game of chess against a human player, and pretty well with that: it even defeated Napoleon Bonaparte in 1809, during a campaign in Vienna. It was eventually revealed that von Kempelen's invention was an elaborate hoax. The machine, in reality, secretly hid a human chess master who directed every move. The Mechanical Turk was destroyed in the mid-19th century; but hundreds of years later, the story provides a telling metaphor for artificial intelligence.

UF students, get used to this topic: artificial intelligence

The University of Florida on Tuesday announced a $70 million partnership that will bring artificial intelligence to the forefront of the school's technology programs and introduce the topic more broadly to the student body. The joint effort with the California-based company NVIDIA will result in the hiring of 100 new faculty and touch every UF graduate with at least one class exposing them to artificial intelligence concepts, the university said. It also will give UF the fastest artificial intelligence supercomputer in higher education, officials said. The discipline is a branch of computer science that has brought the world products like self-driving cars, food delivery robots and computers that engage humans in a game of chess. Artificial intelligence makes it possible for machines to perform human-like tasks by learning from experience and making adjustments.

Machines can learn unsupervised 'at speed of light' after AI breakthrough, scientists say

Researchers have achieved a breakthrough in the development of artificial intelligence by using light instead of electricity to perform computations. The new approach significantly improves both the speed and efficiency of machine learning neural networks – a form of AI that aims to replicate the functions performed by a human brain in order to teach itself a task without supervision. Current processors used for machine learning are limited in performing complex operations by the power required to process the data. Such networks are also limited by the slow transmission of electronic data between the processor and the memory. Researchers from George Washington University in the US discovered that using photons within neural network (tensor) processing units (TPUs) could overcome these limitations and create more powerful and power-efficient AI. A paper describing the research, published today in the scientific journal Applied Physics Reviews, reveals that their photon-based TPU was able to perform between 2-3 orders of magnitude higher than an electric TPU.

Interesting Facts About Artificial Intelligence You Can't Afford To Miss

Artificial Intelligence (AI) is the rage these days. The technology has been in the industry for the past few years, constantly fascinating the customers with robust AI-enabled technological devices and solutions. However, there's still some confusion when it comes to identifying the businesses adopting AI methodology. Some businesses struggle to find the significance of AI whereas others consider it a major source to fulfill customer technology requisites. Besides its many benefits, amazing Artificial Intelligence facts have also been in the news for bringing some of the well-known personalities on board to discuss the impact of artificial intelligence.

Artificial Intelligence (AI) does not belong to the future – it is happening now. With the global AI software market surging by 154 percent year-on-year, this industry is predicted to be valued at 22.6 billion US dollars by 2025. Invented by John McCarthy in 1950, Artificial Intelligence is the ability of machines or computer programs to learn, think, and reason, much like a human brain. An AI system is fed in data and instructions, based on which the system draws conclusions and performs functions. It keeps learning human reasoning and logic with time, getting efficient on-the-go. 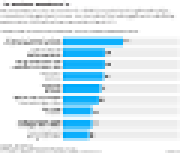 It is not that hard to believe, how just two decades ago Deep Blue a computer beat a chess grandmaster Gary Kasparov. AI is enhancing itself and is becoming better at numerous "human" jobs -- diagnosing disease, translating languages, providing customer service -- and it's improving fast. This is raising reasonable fears amongst workers and upcoming students. According to The Guardian, 76% of Americans fear that their job will be lost to AI. While it's speculated AI will take over 1.8 million human jobs by the year 2020, however, the technology is also expected to create a 2.3 million new kinds of jobs, many of which will involve the collaboration between humans and AI.

This blog will take a thorough dive into the timeline of AI, beginning from the very start, the 1940s. The term "Artificial Intelligence" was first coined by the father of AI, John McCarthy in 1956. But the revolution of AI began a few years in advance, i.e. the 1940's. Around 37% of industries have implemented AI in some form, which is a 270% increase for the past 4 years. AI has taken multiple forms over the years.

From intelligent personal assistants to home robots, technology once thought of as a sci-fi dream is now embedded into everyday life. But this leap from dream to reality didn't happen overnight. There is no one'eureka' moment in a field as vast as AI. Rather, the technology we enjoy today is a result of countless milestones in artificial intelligence, delivered by countless forgotten people across a countless range of projects. So, let's pay homage to some of that work.