The Autonomous flying drone uses the computer vision technology to hover in the air avoiding the objects to keep moving on the right path. Apart from security surveillance and Ariel view monitoring, AI drone is now used by online retail giant Amazon to deliver the products at customer's doorstep revolutionizing the transportation and delivery system by logistics and supply chain companies. Cogito and AWS SageMaker Ground Truth have partnered to accelerate your training data pipeline. We are organising a webinar to help you "Build High-Quality Training Data for Computer Vision and NLP Applications". After registering, you will receive a confirmation email containing information about joining the webinar.

How to Apply Artificial Intelligence in Education? -- Observatory of Educational Innovation

The dream of creating a machine that emulates human behavior has been an obsession throughout human history. Artificial Intelligence (AI) has been in our minds for many years, since Adam's creation: "God creates him from a moldable material, programs him, and gives him the first instructions (Sánchez-Martín et al. 2007)." Even in Greek mythology with Ovid's account of Pygmalion sculpting a figure of a beautiful woman who is given life for Pygmalion to love her. In Hebrew mythology, the Golem was created with clay and animated to save the inhabitants of a Jewish city. In Norse mythology, the giant Mökkurkálfi or Mistcalf was created from clay to support the troll Hrungnir in his fight against Thor.

A driverless car running on the road is like a screenshot from a sci-fi movie. However, fiction is becoming a reality, and thanks to #Artificial Intelligence (AI). AI technology complements the concept of self-driving cars. Elon Musk had in 2017 that all cars will be #autonomous in 10 years without any steering wheel. We are very close to bringing this estimate to reality in just 4 years.

A former Google engineer has been sentenced to 18 months in prison after pleading guilty to stealing trade secrets before joining Uber's effort to build robotic vehicles for its ride-hailing service. The sentence handed down Tuesday by U.S. District Judge William Alsup came more than four months after former Google engineer Anthony Levandowski reached a plea agreement with the federal prosecutors who brought a criminal case against him last August. Levandowski, who helped steer Google's self-driving car project before landing at Uber, was also ordered to pay more than $850,000. Alsup had taken the unusual step of recommending the Justice Department open a criminal investigation into Levandowski while presiding over a high-profile civil trial between Uber and Waymo, a spinoff from a self-driving car project that Google began in 2007 after hiring Levandowski to be part of its team. Levandowski eventually became disillusioned with Google and left the company in early 2016 to start his own self-driving truck company, called Otto, which Uber eventually bought for $680 million. He wound up pleading guilty to one count, culminating in Tuesday's sentencing.

Evil AI: These are the 20 most dangerous crimes that artificial intelligence will create

From targeted phishing campaigns to new stalking methods: there are plenty of ways that artificial intelligence could be used to cause harm if it fell into the wrong hands. A team of researchers decided to rank the potential criminal applications that AI will have in the next 15 years, starting with those we should worry the most about. By using fake audio and video to impersonate another person, the technology can cause various types of harms, said the researchers. The threats range from discrediting public figures to influence public opinion, to extorting funds by impersonating someone's child or relatives over a video call. The ranking was put together after scientists from University College London (UCL) compiled a list of 20 AI-enabled crimes based on academic papers, news and popular culture, and got a few dozen experts to discuss the severity of each threat during a two-day seminar.

AI bias detection (aka: the fate of our data-driven world)

Here's an astounding statistic: Between 2015 and 2019, global use of artificial intelligence grew by 270%. It's estimated that 85% of Americans are already using AI products daily, whether they now it or not. It's easy to conflate artificial intelligence with superior intelligence, as though machine learning based on massive data sets leads to inherently better decision-making. The problem, of course, is that human choices undergird every aspect of AI, from the curation of data sets to the weighting of variables. Usually there's little or no transparency for the end user, meaning resulting biases are next to impossible to account for.

Russia's leaders have been paying close attention to artificial intelligence (AI) technologies for several years now. President Vladimir Putin has said on numerous occasions that the leader in the field of AI would become "the master of the world." Until recently, however, Russia remained virtually the only large country without its own AI development strategy. That changed in October 2019, when the country adopted a long-discussed National Strategy for the Development of Artificial Intelligence Through 2030. One of the driving forces behind the strategy was Sberbank president German Gref. The state-owned bank has also developed a road map for developing AI in Russia and coordinated the creation of Russia's AI development strategy, which is largely corporate, involving the internet giants Yandex and Mail.ru

A new layer-by-layer fabrication process allows researchers to create new and improved soft robot actuators with variable degrees of stiffness. Over the past decade, there has been a growing interest in developing soft robots that mimic nature to make them safer and more compliant with the physical world. Soft robots offer the promise of being able to interact more effectively with unknown objects and surroundings while operating with variable degrees of freedom. However, soft robots' inherent compliance often makes it difficult for them to exert forces on surrounding surfaces or withstand mechanical loading. To circumvent this problem, researchers are investigating and developing new technologies to control and tune the stiffness of soft robotics applications. Nowadays, these technologies are widely implemented to enhance the grasping capabilities of soft actuators or to provide a physical feedback in wearable devices.

There's Still Work to Do Addressing Ethics in Autonomous Vehicles 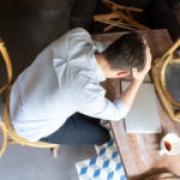 There's a fairly large flaw in the way that programmers are currently addressing ethical concerns related to artificial intelligence (AI) and autonomous vehicles (AVs). Namely, existing approaches don't account for the fact that people might try to use the AVs to do something bad. For example, imagine that there is an autonomous vehicle with no passengers and it is about to crash into a car containing five people. It can avoid the collision by swerving out of the road, but it would then hit a pedestrian. Most discussions of ethics in this scenario focus on whether the autonomous vehicle's AI should be selfish (protecting the vehicle and its cargo) or utilitarian (choosing the action that harms the fewest people). But that either/or approach to ethics can raise problems of its own, according to Veljko Dubljević, an assistant professor in the Science, Technology & Society program at North Carolina State University.

The Morning After: 'Mulan' is going directly to Disney

Today's newsletter comes with a more accurate prediction of the big Samsung event -- even if there's probably already another Galaxy device leaked before it starts -- and 100 percent more working links. After all the teases and photos, there shouldn't be many surprises, but if you want to know exactly what the next Galaxy Fold and Galaxy Note are like, then you'll find out in a few hours. With 57.5 million customers from Disney, 8.5 million from ESPN (up from 2.5 million a year ago) and 35.5 million from Hulu (up from 27.9 million), Disney now counts over 100 million direct customers. However, it's bringing in less money per user than other streamers, due to discounts, all while the pandemic has closed movie theaters and kept people away from theme parks. Disney did manage a hit when it released Hamilton direct to Disney, and it's following up with something bigger.