The best smart speakers for all budgets

After almost six years on the market, smart speakers now come in a variety of sizes, shapes, capabilities and prices. Whether you want a cheap speaker to keep the kids entertained, one that doubles as a digital photo frame or one that sounds so good you'll want to yell "turn it up to 11", here's a quick guide to the best on the market. Google's Assistant is the best voice system on the market. It has better understanding than rivals, an enormous range of knowledge and – importantly – the ability to choose between male and female voices, even on a user-by-user basis as Google can distinguish between the individuals giving instructions. The Nest Mini is the second generation of Google's smallest and cheapest smart speaker.

The best Amazon device deals to buy on Amazon now

From smart speakers to e-readers and voice-controlled devices, Amazon has dozens of models that are dominating the main-stream market. If you're trying to decide which smart device works for you and your home, then we have highlighted some of the best Amazon devices currently on sale on the mega-site now that are worth taking advantage of. This week, you can take advantage of top-tech savings including 54 per cent off the Echo Plus, the Kindle Paperwhite for under £100 and the hugely popular Echo Dot for only £29.99. Whether you're looking to raise your home's IQ with the help of Alexa or simply looking for a good way to surf the web and watch your favourite shows, then there is plenty of choice out there. Here are five of the best device deals on Amazon.

We once believed that Macs would never get a virus, closing apps would save battery life, and private mode was really private. For the record, switching to incognito in your browser probably doesn't do what you think. Tap or click for six practical reasons to use it, from keeping your search autofill clean to shopping without spoiling the surprise. And I'm sorry to break it to you, but like a Windows PC, your Mac is certainly at risk. Tap or click for five free downloads that will keep your Mac or PC secure.

Are voice assistants such as Amazon's Alexa, Apple's Siri, and Google Assistant stifling competition when they only let you stream music from a single service, or when then send you to a specific shopping site by default? It's a fair question, and one that European Union regulators are looking to answer as part of a "sweeping" antitrust probe, Bloomberg reports. The European Commission announced the massive probe on Thursday, with EU Competition Commissioner Margrethe Vestager warning of a "serious risk" that Alexa, Siri, Google Assistant, and similar voice assistants could be helping "big companies" such as Amazon, Apple, and Google "push markets beyond the tipping point where competition turns into monopoly." EU regulators, who are slated to survey more than 400 firms as part of the probe, will be focussing on how users of Alexa, Google Assistant, and other voice assistants may often "be presented with an option" rather than a full slate of competitive choices, according to Bloomberg. If a particular voice assistant tends to favor its own products and services over those of a competitor, that "might lead to the fast emergence of dominant digital ecosystems and gatekeepers and might present tipping risks," Bloomberg continues.

How Artificial Intelligence Can Change the Way We Shop Online

What comes to mind when you think of Artificial Intelligence (AI)? Maybe you think of robots taking over the world, like in the movies, or self-driving cars. Merriam-Webster defines artificial intelligence as 1) a branch of computer science dealing with the simulation of intelligent behavior in computers and 2) the capability of a machine to imitate intelligent human behavior. Did you know that AI is gradually changing the way consumers shop at various stages of the buyer's journey? In subtle ways, artificial intelligence affects the way a potential buyer searches for product or brand information during the awareness stage.

Amazon's Summer Sale 2020 is here! The sale, which ends on Sunday, July 12, is a great time to pick up incredible bargains across Amazon's departments, including big savings on popular tech items. From top-rated fitness trackers and smart bathroom scales to bestselling wireless headphones, there are several deals on Amazon you need to know about. This includes an unmissable saving on Amazon's Echo Plus (2nd Gen). You can now get the Alexa smart speaker with a huge 50 per cent off- that's a massive saving of £70.

Researchers in Germany have compiled a list of more than 1,000 words that will inadvertently cause virtual assistants like Amazon's Alexa and Apple's Siri to become activated. Once activated, these virtual assistants create sound recordings that are later transmitted to platform holders, where they may be transcribed for quality assurance purposes or other analysis. According to the team, from Ruhr-Universität Bochum and the Max Planck Institute for Cyber Security and Privacy in Germany, this has'alarming' implications for user privacy and likely means short recordings of personal conversations could periodically end up in the hands of Amazon, Apple, Google, or Microsoft workers. Researchers in Germany tested virtual assistants like Amazon's Alexa, Apple's Siri, Google Assistant, and Microsoft's Cortana, and found more than 1,000 words or phrases that would inadvertently activate each device The group tested Amazon's Alexa, Apple's Siri, Google Assistant, Microsoft Cortana, as well as three virtual assistants exclusive to the Chinese market, from Xiaomi, Baidu, and Tencent, according to a report from the Ruhr-Universität Bochum news blog. They left each virtual assistant alone in a room with a television that played dozens of hours of episodes from Game of Thrones, Modern Family, and House of Cards, with English, German, and Chinese audio tracks for each.

Call For a Wake Standard for Artificial Intelligence 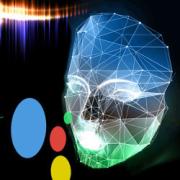 Apple pioneered the voice revolution in 2011 with the introduction of Siri in its iPhone 4s. Today, you tell your iPhone 11, "Hey Siri, Play Bruce Springsteen by Spotify," and it responds, "I can't talk to Spotify, but you can use Apple music instead," politely displaying options on the screena as shown in the figure here. Or, you tell one of your five Amazon Echo devices at home, "Alexa, add pumpkin pie to my Target shopping list,"b then "order AA Duracell batteries," and it adds pumpkin pie and Amazon Basics batteries to your Amazon shopping cart, ignoring your request to shop at Target and be loyal to Duracell. You are the consumer, but your choices have been ignored. Or, consider you are a brand manager.

Amazon's smart gadgets are currently reduced by up to 40%

Better yet, all of these gadgets can be delivered next day to your door, which is perfect if you're looking for a last-minute gift. Savings include a mega discount on Amazon's most popular Alexa smart speaker, which has been slashed to its lowest price to date this year. Plus, you can pre-order the all-new Fire 7 Tablet now and receive 17 per cent off. What dad wouldn't appreciate new tech this Father's Day? Ahead, check out the best Amazon device deals that would make great gifts. If your dad is after a smart speaker, then this deal is for you.