Artificial Intelligence seems to be a unique technology of making a machine, a robot fully autonomous. AI is an analysis of how the machine is thinking, studying, determining and functioning when it is trying to solve problems. These kind of problems are present in all fields, the most emerging ones in 2020 and even beyond. The aim of Artificial Intelligence is to enhance machine functions relating to human knowledge, such as reasoning, learning and problems along with the ability to manipulate things. For example, virtual assistants or chatbots offer expert advice.

In mathematics, a type of variation called direct variation describes'a simple relationship between two variables -- such that we observe an increase of one variable when the other increases, or a decrease of the same when the other reduces'. This law works in business as well, wherein the population of the workforce determines the productivity of the company. However, recent development in artificial intelligence defies this law. In 2020, a business could have only a team of essential workers with a couple of well-utilized computers and do more than a larger company which has the help of its thousands of workers but without digital intervention or its innovative implementation whatsoever. The usefulness of computer technology in business has been paced recently in such a way that most businesses will not need to hire more workers in the future.

A Tinder user in Utah, Jade Goulart, decided recently to use her account to support Black Lives Matter. She added a petition for justice for Breonna Taylor to her bio and wrote, "Instant response if you sign this petition." Goulart said she also added something like, "You mean to tell me you aren't out protesting for human rights? "I felt like something was weird about that," Goulart told Mashable over Twitter DM. "So I looked it up and saw that Tinder had come out and said that they originally were banning accounts for promoting BLM because it was against the'promotional purposes' part of their terms." She read BBC's coverage from early June, in which Tinder explained users were banned for fundraising for Black Lives Matter and related causes because such promotion was against its Community Guidelines. The dating app quickly walked that back, days after people began posting about it on social media, saying it wouldn't ban users for such activity anymore. "We have voiced our support ...

In this section, we will talk about Artificial Intelligence, its history, applications, the different types of AI, and the programming languages that are used for AI. Note that I will not be talking about how to code AI but mainly focus on the various languages which support AI. No, don't close this tab!!! Ok fine, I'll start doing my job of explaining properly. "The theory and development of computer systems able to perform tasks normally requiring human intelligence, such as visual perception, speech recognition, decision-making, and translation between languages." In simple words, AI is the science of making machines that can think. It's a technique of getting machines to work and behave like humans which accomplishes this task by creating machines and robots.

How good are you at spotting bots on dating-apps?

Dating in 2020 is a roller coaster, from endless swiping to video chat dates, the worry that your quarantine-boo might be fake is all too real. "I've been on Tinder on-and-off for the past three years, but have been back on since March when the pandemic started. I have been seeing more bots than usual," said Carlos Zavala, 25, of his dating experience. Online dating in the U.S. has become the most popular way couples connect, a Stanford study published in 2019 found. That finding is being put to the test with the outbreak of the coronavirus in the U.S. since mid-March.

A couple of Amazon Echo devices are on sale right now, but the best deal of the bunch is on the Echo Plus. The speaker with a built-in smart home hub is now $80, which is $70 off its typical price of $150. You can get the Echo Plus by itself for $80, or you can choose the bundle the includes a Philips Hue smart light bulb for free. That means you don't need to buy any extra connecting hubs when you purchase other IoT devices like light bulbs, door locks, security cameras and others. If it works with the Zigbee protocol (a majority of IoT devices do) or Amazon's own Works with Alexa platform, then it'll be able to connect to the hub inside of the Echo Plus.

The cat's out of the bag as far as Google's latest smart speaker goes, with the company essentially confirming the rumored Home successor on Thursday with a coyly worded email containing a snapshot and a video of the unannounced device. Many key details about the new Google smart speaker are still shrouded in mystery, but we can tease out a few facts by studying the official photo and Google's brief teaser video. Well, no duh, but given that Google gives so little away in its teaser video, we might as well notch this one as one of the few certainties. In the brief video, a man on a sofa says "Hey Google, play some music," and four telltale LEDs on the new speaker (speakers, actually, there two of them) light up as the music begins to play. So yes, Google Assistant confirmed.

How Hospitals are using Responsible AI to battle COVID-I9 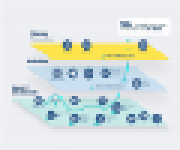 Medical workers are our heroes as the COVID-19 outbreak continues with deaths and confirmed cases rising. A CNN survey found that healthcare systems are coming under strain because of the increasing number of patients infected by the coronavirus. Partners Healthcare is supporting patients in the COVID-19 outbreak by using AI to detect those infected and those showing signs of the virus. Healthcare workers at Partners Healthcare understand the current crisis because of high patient numbers experienced and are working round the clock. One question that comes to mind as COVID-19 pandemic continues is: How responsible is the current use of AI to combat the outbreak?

I tried a smart coffee maker--and it transformed my mornings

One of the best things about Amazon Alexa is that she can make life easier by helping you prepare for the day ahead. She read you the forecast, remind you of upcoming meetings, and much more. Now she can brew you a pot of coffee before you ever leave the bed. Like many people, coffee is essential for making my mornings run smoothly. While living in quarantine with my two young kids, I'm always looking for ways to automate my morning and make life less hectic, like letting Alexa brew me up a pot of the good stuff.

The Role of AI in Augmenting Cloud Computing

The global artificial intelligence (AI) software market is expected to undergo a major growth in the coming years, with revenues increasing from around ten billion U.S. dollars in 2018 to about 126 billion by 2025. As artificial intelligence continues to power cloud technology, cloud computing is the fuel that has been increasing the scope of and the impact AI can have on the software market. The increasing adoption of digital assistants like Alexa, Siri, Google Home, and others points towards the ways in which the combination of AI and cloud computing is improving everyone's daily lives. Whether it is playing a song or making an online purchase, the fusion of these two technologies enables connected and intuitive experiences. On a macro level, AI capabilities are being merged with enterprise cloud computing infrastructure so organizations can be more strategic, agile, efficient, and insight-driven.