Many job descriptions across organizations will require at least some use of AI in the coming years, creating opportunities for the savvy to learn about AI and advance their careers regardless of discipline. New job titles have and will emerge to help the organization execute on AI strategy. Machine learning engineers have cemented a leading role on the AI team, for example, taking first place on best jobs listed on Indeed last year, according to a recent rapport in CIO. And AI specialists were the top job in LinkedIn's 2020 Emerging Jobs report, with 74% annual growth in the last four years. This was followed by robot engineer and data scientist.

In this article, I will look at how Artificial Intelligence (AI) can help improve cybersecurity practices in an environment of ever-increasing threats and discuss the role of AI in alleviating the perennial talent shortage in the field of cybersecurity. Remember that the current wave of AI, driven by advances in deep learning, started around 2015, but the talent short- ages in cybersecurity precede that. I also caution that if we are not careful, AI can even be a double-edged sword when it comes to cybersecurity. Let me start with a flashback. About a decade ago, I used to audit the information security practices and cybersecurity preparedness of large global enterprises.

Enterprise Apps adopt AI in the Golden Age of AI 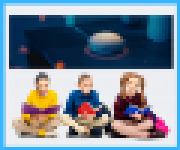 The demand for AI continues to increase according to forecasts by International Data Corporation. Enterprises will adopt AI in 2020 with an estimated 16% surge compared to previous years. Diversity is enabling the growth of AI as companies rely on AI for decision-making with bias incidents reducing according to the IDC report. The customer experience from AI is growing as enterprises analyze interactions, and respond to queries in real-time. Automated AI systems are offering customer support, an area humans have faced challenges because of physical limitations.

According to Gartner, by 2020, a quarter billion connected vehicles will form a major element of the Internet of Things. Connected vehicles are projected to generate 25GB of data per hour, which can be analyzed to provide real-time monitoring and apps, and will lead to new concepts of mobility and vehicle usage. Uber Technologies Inc is a peer-to-peer ride sharing platform. Uber platform connects the cab drivers who can drive to the customer location. Uber uses machine learning, from calculating pricing to finding the optimal positioning of cars to maximize profits.

A machine-learned AI system used to assess recidivism risks in Broward County, Fla., often gave higher risk scores to African Americans than to whites, even when the latter had criminal records. The popular sentence-completion facility in Google Mail was caught assuming that an "investor" must be a male.A celebrated natural language generator called GPT, with an uncanny ability to write polished-looking essays for any prompt, produced seemingly racist and sexist completions when given prompts about minorities. Amazon found, to its consternation, that an automated AI-based hiring system it built didn't seem to like female candidates.Commercial gender-recognition systems put out by industrial heavy-weights, including Amazon, IBM and Microsoft, have been shown to suffer from high misrecognition rates for people of color. Another commercial face-recognition technology that Amazon tried to sell to government agencies has been shown to have significantly higher error rates for minorities. And a popular selfie lens by Snapchat appears to "whiten" people's faces, apparently to make them more attractive.ADVERTISEMENTThese are not just academic curiosities.

In October 2019, AWS announced that it was working with Facebook, Microsoft, and the Partnership on AI on the first Deepfake Detection Challenge. Deepfake algorithms are the same as the underlying technology that has given us realistic animation effects in movies and video games. Unfortunately, those same algorithms have been used by bad actors to blur the distinction between reality and fiction. Deepfake videos result from using artificial intelligence to manipulate audio and video to make it appear as though someone did or said something they didn't. For more information about deepfake content, see The Partnership on AI Steering Committee on AI and Media Integrity.

A decade ago, edge computing meant delivering static content through a distributed content delivery network (CDN). Akamai, Limelight Networks, Cloudflare and Fastly are some of the examples of CDN services. They provide high availability and performance by distributing and caching the content closer to the end user's location. The definition of the edge has changed significantly over the last five years. Today, an edge represents more than a CDN or a compute layer.

Traceable, a startup developing an end-to-end cloud app security solution, today emerged from stealth with $20 million in venture equity financing. Newly flush with capital, CEO Jyoti Bansal intends to focus on acquiring customers globally while growing Traceable's team and accelerating R&D. Cloud-native apps are often built with hundreds or even thousands of API microservices (i.e., loosely coupled services), making them difficult to protect at scale. Gartner predicts that by 2022, API abuses will be the most frequent attack vector, which isn't surprising considering API calls represented 83% of web traffic as of 2018. Traceable ostensibly protects these APIs with machine learning algorithms that analyze app activity from the user and the session all the way down to the code.

Google Moves to Secure the Cloud From Itself

Sensitive data needs to be encrypted both when it's at rest and in transit--that is, when it's passively stored and when it's being sent from one spot to another. Covering these two bases protects information a lot of the time, but still doesn't account for every scenario. Now Google Cloud Services--which counts PayPal, HSBC, and Bloomberg as customers--is working to fill a crucial gap. When you're storing tons of data in the cloud, you typically don't just move it into place and then leave it. Organizations generally want to actively process the information they hold--meaning cloud customers want to comb and index their data, train machine learning models with it, or otherwise crunch some numbers.

Keeping your enterprise AI expertise up to speed

Artificial intelligence (AI) could not be a more strategic enterprise technology. As we move into the '20s, the most disruptive business applications will be those that incorporate machine learning, deep learning, and other forms of AI. AI has become the brain driving cloud-native enterprise applications. Developers everywhere are embedding AI microservices to imbue cloud applications with data-driven machine learning intelligence. Increasingly, there is no substitute for the sophisticated AI that performs high-speed inferencing on sensor-sourced data and on data acquired from applications, clouds, hub gateways, and other online resources.