For all the advances enabled by artificial intelligence, from speech recognition to self-driving cars, AI systems consume a lot of power and can generate high volumes of climate-changing carbon emissions. A study last year found that training an off-the-shelf AI language-processing system produced 1,400 pounds of emissions--about the amount produced by flying one person roundtrip between New York and San Francisco. The full suite of experiments needed to build and train that AI language system from scratch can generate even more: up to 78,000 pounds, depending on the source of power. But there are ways to make machine learning cleaner and greener, a movement that has been called "Green AI." Some algorithms are less power-hungry than others, for example, and many training sessions can be moved to remote locations that get most of their power from renewable sources.

How artificial intelligence can save journalism

The economic fallout from the COVID-19 pandemic has caused an unprecedented crisis in journalism that could decimate media organizations around the world. The future of journalism -- and its survival -- could lie in artificial intelligence (AI). AI refers "to intelligent machines that learn from experience and perform tasks like humans," according to Francesco Marconi, a professor of journalism at Columbia University in New York, who has just published a book on the subject: Newsmakers, Artificial Intelligence and the Future of Journalism. Marconi was head of the media lab at the Wall Street Journal and the Associated Press, one of the largest news organizations in the world. His thesis is clear and incontrovertible: the journalism world is not keeping pace with the evolution of new technologies.

Chief Technology Officer at Integrity Management Services, Inc., where she is leading cutting edge technology solutions (AI) for clients. In his book Talking with Strangers, Malcolm Gladwell discusses an AI experiment that looked at 554,689 bail hearings conducted by New York City judges. As one online publication noted, "Of the more than 400,000 people released, over 40% either failed to appear at their subsequent trials or were arrested for another crime." However, decisions recommended by the machine learning algorithm on whom to detain or release would have resulted in 25% fewer crimes. This is an example of an AI system that is less biased than a human.

Nearly half of all coronavirus deaths in US occurred inside nursing homes: report

Nearly half of all deaths from the coronavirus in the United States have occurred at nursing homes and other long-term care facilities, according to new reports. The rate of cases to deaths from such facilities has been disproportionate: while only 11 percent of positive cases – around 282,000 – have occurred at nursing homes and long-term care facilities, about 43 percent of deaths – or 54,000 deaths – have come from the same, the New York Times reported. The Times cited its database for the numbers, arguing that some states and the federal government have not provided comprehensive data. The numbers are based on "official confirmations from states, counties and the facilities themselves," as well as some data provided by the federal government, the newspaper said. According to the data, the states with the highest number of deaths in nursing homes were New York, New Jersey, Massachusetts and Pennsylvania – all of which recorded more than 4,000 deaths in nursing homes.

Florida closes bars just three weeks after allowing them to re-open after reporting more than 24,000 new coronavirus cases over the past week. Rep. Greg Steube, R-Fla., pushed back on New York's decision to quarantine travelers from Florida, arguing that the Sunshine State's spike in coronavirus cases is the result of increased testing. "I mean, the first thing is there's 200,000 tests a week that we're doing in Florida so, obviously, you're going to see a spike in the number of positive cases," Steube said during "Cavuto Live" on Saturday. His comments came amid concerns that states like Florida reopened too quickly and were seeing a higher number of cases as a result. Vice President Mike Pence, who leads the White House's coronavirus task force, has maintained that the nation is experiencing the effects of higher testing rates, not hasty reopenings.

Everyday use of artificial intelligence for health diagnosis could still be years away, but the field is robust right now. "We still have a lot of unknowns in terms of generalizing and validation of these systems before we can start using them as standard of care," Dr. Matthew Hanna, a pathologist at Memorial Sloan Kettering Cancer Center in New York City, told United Press International earlier this month. On the one hand, this is not surprising: The history of artificial intelligence (AI) is a history of overcommitment and underdelivery in real-world "production" environments. But on closer inspection, AI is highly useful in medicine as opposed to other domains and will rapidly increase in usage. The UPI article highlights people's desire to see a human doctor and not trusting a machine's subtleties as a principal factor in their choosing a person rather than the AI. Additionally, it points to the additional long-term testing needed before autonomous AI diagnostic systems can be widely installed. 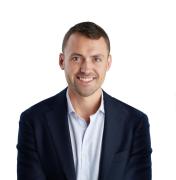 If you've ever visited a doctor, you may find yourself receiving more ads for drugs in coming years. Advertising by Big Pharma directly to consumers is a small portion of the total online advertising market but may increase as new advertising tools, some of them using machine learning, are employed by the drug companies. "Pharma is about 18% of national GPD and only 3% of digital advertising, that's pretty astonishing," Christopher Paquette, CEO of New York-based DeepIntent Technologies, told ZDNet in a telephone interview. DeepIntent, founded just over four years ago, is part of publicly traded advertising technology firm Propel Media. "There is a $20 billion opportunity to unlock this digital advertising," said Paquette.

Photo credit: AI Artists Unlike other artists, Refik Anadol transforms pools of data into mesmerizing art. That's right, when Anadol comes across an interesting data sets, they're processed into swirling visualizations of how computers see the world by using artificial intelligence-powered machine learning algorithms. These techniques are used to filter and / or expand the raw material, which is then shown on large screens or projected onto walls and entire buildings. In the video above, we see Machine Hallucination, a 360-degree video installation comprised of 10-million photos of New York. These images were processed by machine learning to group photos and morph between them, resulting in flickering images of the city as recorded by many different people.

Over 1500 researchers across multiple fields have banded together to openly reject the use of technology to predict crime, arguing it would reproduce injustices and cause real harm. The Coaltition for Critical Technology wrote an open letter to Springer Verlag in Germany to express their grave concerns about a newly developed automated facial recognition software that a group of scientistts from Harrisburg Univeristy, Pennsylvania have developed. Springer's Nature Research Book Series intends to publish an article by the Harrisburg scientists named A Deep Neural Network Model to Predict Criminality Using Image Processing. The coalition wants the publication of the study - and others in similar vein - to be rescinded, arguing the paper makes claims that are based unsound scientific premises, research and methods. Developed by a New York Police Department veteran and PhD student Jonathan Korn along with professors Nathaniel Ashby and Roozbeh Sadeghian, the Harrisburg University researchers' software claims 80 per cent accuracy and no racial bias.