Self-supervised learning in Audio and Speech 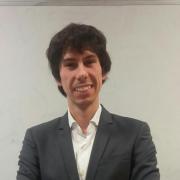 The ongoing success of deep learning techniques depends on the quality of the representations automatically discovered from data 1. These representations must capture important underlying structures from the raw input, e.g., intermediate concepts, features, or latent variables that are useful for the downstream task. While supervised learning using large annotated corpora can leverage useful representations, collecting large amounts of annotated examples is costly, time-consuming, and not always feasible. This is particularly problematic for a large variety of applications. In the speech domain, for instance, there are many low-resource languages, where the progress is dramatically slower than in high-resource languages such as English.

Multilingual Automated Speech Recognition (ASR) systems allow for the joint training of data-rich and data-scarce languages in a single model. This enables data and parameter sharing across languages, which is especially beneficial for the data-scarce languages. However, most state-of-the-art multilingual models require the encoding of language information and therefore are not as flexible or scalable when expanding to newer languages. Language-independent multilingual models help to address this issue, and are also better suited for multicultural societies where several languages are frequently used together (but often rendered with different writing systems). In this paper, we propose a new approach to building a language-agnostic multilingual ASR system which transforms all languages to one writing system through a many-to-one transliteration transducer. Thus, similar sounding acoustics are mapped to a single, canonical target sequence of graphemes, effectively separating the modeling and rendering problems. We show with four Indic languages, namely, Hindi, Bengali, Tamil and Kannada, that the language-agnostic multilingual model achieves up to 10% relative reduction in Word Error Rate (WER) over a language-dependent multilingual model.

Currently, the most widely used approach for speaker verification is the deep speaker embedding learning. In this approach, convolutional neural networks are mainly used as a frame-level feature extractor, and speaker embeddings are extracted from the last layer of the feature extractor. Multi-scale aggregation (MSA), which utilizes multi-scale features from different layers of the feature extractor, has recently been introduced into the approach and has shown improved performance for both short and long utterances. This paper improves the MSA by using a feature pyramid module, which enhances speaker-discriminative information of features at multiple layers via a top-down pathway and lateral connections. We extract speaker embeddings using the enhanced features that contain rich speaker information at different resolutions. Experiments on the VoxCeleb dataset show that the proposed module improves previous MSA methods with a smaller number of parameters, providing better performance than state-of-the-art approaches.

We present an analysis of semi-supervised acoustic and language model training for English-isiZulu code-switched ASR using soap opera speech. Approximately 11 hours of untranscribed multilingual speech was transcribed automatically using four bilingual code-switching transcription systems operating in English-isiZulu, English-isiXhosa, English-Setswana and English-Sesotho. These transcriptions were incorporated into the acoustic and language model training sets. Results showed that the TDNN-F acoustic models benefit from the additional semi-supervised data and that even better performance could be achieved by including additional CNN layers. Using these CNN-TDNN-F acoustic models, a first iteration of semi-supervised training achieved an absolute mixed-language WER reduction of 3.4%, and a further 2.2% after a second iteration. Although the languages in the untranscribed data were unknown, the best results were obtained when all automatically transcribed data was used for training and not just the utterances classified as English-isiZulu. Despite reducing perplexity, the semi-supervised language model was not able to improve the ASR performance.

Towards an ImageNet Moment for Speech-to-Text

Speech-to-text (STT), also known as automated-speech-recognition (ASR), has a long history and has made amazing progress over the past decade. Currently, it is often believed that only large corporations like Google, Facebook, or Baidu (or local state-backed monopolies for the Russian language) can provide deployable "in-the-wild" solutions. Following the success and the democratization (the so-called "ImageNet moment", i.e. the reduction of hardware requirements, time-to-market and minimal dataset sizes to produce deployable products) of computer vision, it is logical to hope that other branches of Machine Learning (ML) will follow suit. The only questions are, when will it happen and what are the necessary conditions for it to happen? If the above conditions are satisfied, one can develop new useful applications with reasonable costs. Also democratization occurs - one no longer has to rely on giant companies such as Google as the only source of truth in the industry.

Despite the growing popularity of metric learning approaches, very little work has attempted to perform a fair comparison of these techniques for speaker verification. We try to fill this gap and compare several metric learning loss functions in a systematic manner on the VoxCeleb dataset. The first family of loss functions is derived from the cross entropy loss (usually used for supervised classification) and includes the congenerous cosine loss, the additive angular margin loss, and the center loss. The second family of loss functions focuses on the similarity between training samples and includes the contrastive loss and the triplet loss. We show that the additive angular margin loss function outperforms all other loss functions in the study, while learning more robust representations. Based on a combination of SincNet trainable features and the x-vector architecture, the network used in this paper brings us a step closer to a really-end-to-end speaker verification system, when combined with the additive angular margin loss, while still being competitive with the x-vector baseline. In the spirit of reproducible research, we also release open source Python code for reproducing our results, and share pretrained PyTorch models on torch.hub that can be used either directly or after fine-tuning.

Training for Speech Recognition on Coprocessors

Automatic Speech Recognition (ASR) has increased in popularity in recent years. The evolution of processor and storage technologies has enabled more advanced ASR mechanisms, fueling the development of virtual assistants such as Amazon Alexa, Apple Siri, Microsoft Cortana, and Google Home. The interest in such assistants, in turn, has amplified the novel developments in ASR research. However, despite this popularity, there has not been a detailed training efficiency analysis of modern ASR systems. This mainly stems from: the proprietary nature of many modern applications that depend on ASR, like the ones listed above; the relatively expensive co-processor hardware that is used to accelerate ASR by big vendors to enable such applications; and the absence of well-established benchmarks. The goal of this paper is to address the latter two of these challenges. The paper first describes an ASR model, based on a deep neural network inspired by recent work in this domain, and our experiences building it. Then we evaluate this model on three CPU-GPU co-processor platforms that represent different budget categories. Our results demonstrate that utilizing hardware acceleration yields good results even without high-end equipment. While the most expensive platform (10X price of the least expensive one) converges to the initial accuracy target 10-30% and 60-70% faster than the other two, the differences among the platforms almost disappear at slightly higher accuracy targets. In addition, our results further highlight both the difficulty of evaluating ASR systems due to the complex, long, and resource intensive nature of the model training in this domain, and the importance of establishing benchmarks for ASR.

Off-the-shelf pre-trained Automatic Speech Recognition (ASR) systems are an increasingly viable service for companies of any size building speech-based products. While these ASR systems are trained on large amounts of data, domain mismatch is still an issue for many such parties that want to use this service as-is leading to not so optimal results for their task. We propose a simple technique to perform domain adaptation for ASR error correction via machine translation. The machine translation model is a strong candidate to learn a mapping from out-of-domain ASR errors to in-domain terms in the corresponding reference files. We use two off-the-shelf ASR systems in this work: Google ASR (commercial) and the ASPIRE model (open-source). We observe 7% absolute improvement in word error rate and 4 point absolute improvement in BLEU score in Google ASR output via our proposed method. We also evaluate ASR error correction via a downstream task of Speaker Diarization that captures speaker style, syntax, structure and semantic improvements we obtain via ASR correction.

Most state-of-the-art speech systems are using Deep Neural Networks (DNNs). Those systems require a large amount of data to be learned. Hence, learning state-of-the-art frameworks on under-resourced speech languages/problems is a difficult task. Problems could be the limited amount of data for impaired speech. Furthermore, acquiring more data and/or expertise is time-consuming and expensive. In this paper we position ourselves for the following speech processing tasks: Automatic Speech Recognition, speaker identification and emotion recognition. To assess the problem of limited data, we firstly investigate state-of-the-art Automatic Speech Recognition systems as it represents the hardest tasks (due to the large variability in each language). Next, we provide an overview of techniques and tasks requiring fewer data. In the last section we investigate few-shot techniques as we interpret under-resourced speech as a few-shot problem. In that sense we propose an overview of few-shot techniques and perspectives of using such techniques for the focused speech problems in this survey. It occurs that the reviewed techniques are not well adapted for large datasets. Nevertheless, some promising results from the literature encourage the usage of such techniques for speech processing.