With the rise of autonomous vehicles, smart video surveillance, facial detection and various people counting applications, fast and accurate object detection systems are rising in demand. These systems involve not only recognizing and classifying every object in an image, but localizing each one by drawing the appropriate bounding box around it. This makes object detection a significantly harder task than its traditional computer vision predecessor, image classification.

How AI is Changing the Mobility Landscape - DATAVERSITY

Click here to learn more about Gilad David Maayan. There are a significant number of investments in the automotive industry nowadays. The majority of these investments focus on artificial intelligence (AI) and the optimization of self-driving technology. Meanwhile, new mobility systems and players are making their way into the automotive market. Tesla is trying to improve its autopilot system, Uber is testing robo-taxis, and Google is developing self-driving cars.

How Is Amazon Aiming To Set A Footprint In The Self-driving Industry?

Amazon recently bought up a self-driving autonomous ride-hailing startup Zoox, which is being claimed as the most ambitious step that the tech giant has taken in the recent past. Reportedly a $1.2 billion deal, the acquisition of the Robo-taxi company is not just to build upon its capabilities to deliver packages but actively set foot in the autonomous driving industry. While Amazon has invested heavily in developing drones or autonomous delivery robots in the past, its investment in self-driving vehicles has recently gained traction. Some of the other ventures of the company have been in self-driving truck Embark when CNBC reported that it had been hauling Amazon cargo on some of its test runs. For instance, in drones, Amazon has designed a future delivery system to safely deliver packages to customers in a short period of time.

Can AI function like a human brain? But now, armed with Neuromorphic Computing, they are ready to show the world that their dream can change the world for better. As we unearth the benefits, the success of our machine learning and AI quest seem to depend to a great extent on the success of Neuromorphic Computing. The technologies of the future like autonomous vehicles and robots will need access to and utilization of an enormous amount of data and information in real-time. Today, to a limited extent, this is done by machine learning and AI that depend on supercomputer power.

Future of AI Part 5: The Cutting Edge of AI

Edmond de Belamy is a Generative Adversarial Network portrait painting constructed in 2018 by Paris-based arts-collective Obvious and sold for $432,500 in Southebys in October 2018.

How Can deep learning help in the Marine ecosystem? - Kid of Change

Managing these destructive impacts in a sea is an arduous task. Technologies were developed and are being developed to monitor the marine ecosystem. In recent years, the use of digital cameras, Unmanned Underwater Vehicles (UUV), and Autonomous Underwater Vehicles (AUV) has led to an exponential increase in the availability of underwater imagery. reason to use … How Can deep learning help in the Marine ecosystem? Read More »

What I learned from looking at 200 machine learning tools

To better understand the landscape of available tools for machine learning production, I decided to look up every AI/ML tool I could find. After filtering out applications companies (e.g. companies that use ML to provide business analytics), tools that aren't being actively developed, and tools that nobody uses, I got 202 tools. Please let me know if there are tools you think I should include but aren't on the list yet! The landscape is under-developed IV. I categorize the tools based on which step of the workflow that it supports. 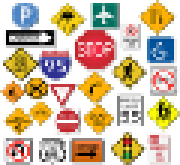 In today's world, with the advancement of technologies and science, autonomous cars and AI-based self-driving cars are made into the present. But to work it perfectly, vehicles should be able to classify or interpret traffic signals and signs. In this tutorial, we'll be going through a project that is based on Image classification with Deep Learning. We'll be classifying 43 classes of traffic signs images. We will build a deep neural network model to classify which class a traffic sign belongs to.

Biggest influencers in AI in May 2020: The top companies and individuals to follow

GlobalData research has found the top artificial intelligence (AI) influencers based on their performance and engagement online. Using research from GlobalData's Influencer platform, Verdict has named ten of the most influential people in artificial intelligence on Twitter during May 2020. Ronald van Loon is a recognised thought leader in technologies including AI, big data, IoT, machine learning, deep learning, 5G, predictive analytics, cloud, edge and data science. He currently serves as principal analyst and CEO of the Intelligent World, an influencer network that connects experts, businesses, and influencers to new audiences, helping them collaborate, create and share diverse content. Loon is of the opinion that AI has progressed at a furious pace over the past few years, and though it has usurped large chunks of the big data, the technology is nowhere near human intelligence.