SpaceX Vs Blue Origin: Who Wins The Space Race 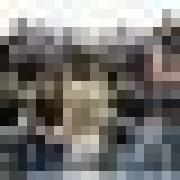 The space projects have been dominated by government bodies until we saw the ambitious companies such as SpaceX and Blue Origin diving into this diverse area. These two are the most prominent names in the private space community and are often put on a face-off due to the similarity of its founders in other areas as well. Owned by two of the most powerful businessmen of all time -- Elon Musk and Jeff Bezos, they have been on the competition radar for their interest in the area of autonomous vehicles. Similarly, in the space segment, while the two companies might look quite similar in its attempts to explore space, the ideology and the approach of these companies vary quite significantly. But one thing cannot be denied that they both are developing large, reusable vehicles capable of carrying people and satellites across space. While we have often heard about SpaceX's missions and launches over the past few years, Blue Origin does not come out to be so ambitious in gaining traction.