Create a pipeline to remove stop-words,perform tokenization and padding. In this hands-on project, we will train a Bidirectional Neural Network and LSTM based deep learning model to detect fake news from a given news corpus. This project could be practically used by any media company to automatically predict whether the circulating news is fake or not. The process could be done automatically without having humans manually review thousands of news related articles. Note: This course works best for learners who are based in the North America region.

Examples of the researchers' 3D adversarial logo attack using different 3D object meshes, with the aim of fooling a YOLOV2 detector. Over the past decade, researchers have developed a growing number of deep neural networks that can be trained to complete a variety of tasks, including recognizing people or objects in images. While many of these computational techniques have achieved remarkable results, they can sometimes be fooled into misclassifying data. An adversarial attack is a type of cyberattack that specifically targets deep neural networks, tricking them into misclassifying data. It does this by creating adversarial data that closely resembles and yet differs from the data typically analyzed by a deep neural network, prompting the network to make incorrect predictions, failing to recognize the slight differences between real and adversarial data.

DeepMind and Oxford University researchers on how to 'decolonize' AI

Sometimes it's tempting to think of every technological advancement as the brave first step on new shores, a fresh chance to shape the future rationally. In reality, every new tool enters the same old world with its same unresolved issues. In a moment where society is collectively reckoning with just how deep the roots of racism reach, a new paper from researchers at DeepMind -- the AI lab and sister company to Google -- and the University of Oxford presents a vision to "decolonize" artificial intelligence. The aim is to keep society's ugly prejudices from being reproduced and amplified by today's powerful machine learning systems. The paper, published this month in the journal Philosophy & Technology, has at heart the idea that you have to understand historical context to understand why technology can be biased.

Elon Musk has been sounding the alarm about the potentially dangerous, species-ending future of artificial intelligence for years. In 2016, the billionaire said human beings could become the equivalent of "house cats" to new AI overlords. He has since repeatedly called for regulation and caution when it comes to new AI technology. But of all the various AI projects in the works, none has Musk more worried than Google's DeepMind. "Just the nature of the AI that they're building is one that crushes all humans at all games," Musk told The New York Times in an interview. 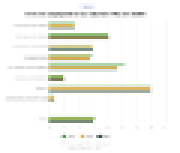 This article is co-written together with Syed Nazmus Sadat who Studies Forestry and Environmental Science at Shahjalal University of Science & Technology, Sylhet in Bangladesh. How can artificial intelligence help in efforts to prevent deforestation? Deforestation has an incredibly adverse impact on planet earth. The forests cover close to a third of the land area on our planet and provide us with purer air and fresher water. Eighty percent of the world's land based wildlife live in forests [1].

Face recognition is one of the most convenient biometric for access control. The wide popularity of face recognition can be attributed to ease of acquisition with cheap sensors, contact-less nature, high accuracy of algorithms, and so on. While everything is well and good there, the vulnerability to presentation attacks limits its use in safety-critical situations. Imagine your phone locked with face recognition being unlocked by someone simply showing a photo or video of you in front of the phone. There you have it, its called a presentation attack (also known as spoofing attacks).

Fiction meets the near future

In the opening pages of Burn-In , an FBI agent conducts close-quarters surveillance of a suspected terrorist bomber in Washington, D.C. Simultaneously, in New Jersey, an elderly gentleman listens attentively to the enthusiastic technological prognostications of a world-famous computer scientist and mathematician from the back of a hallowed lecture hall at Princeton University. Moments later, he bludgeons the speaker to death with his cane. In this, their second novel, coauthors Peter Warren Singer and August Cole—both renowned technology and policy experts—come close to perfecting the genre of educational and informative techno-thriller. Like their first such collaboration ([ 1 ][1]), this latest entry portrays a world in which conventional aspects of domestic security and law enforcement—combating terrorism, managing protests and social upheavals, tracking a serial killer, providing a secure environment on college campuses—all occur within a transformative technological context that both enables and simultaneously disrupts these myriad objectives. As the narrative unfolds, a complex tapestry of emergent, disruptive technologies is revealed. Far from the fanciful inventions that typically populate science fiction, the systems described herein are currently available or under development for imminent deployment. The D.C. traffic congestion with which agent Lara Keegan and her partner have to contend, for example, is mostly composed of driverless vehicles, their complex operational algorithms engaged in competitive maneuvering for even the slightest comparative advantage. If the agents invoke the emergency override protocol granted to law enforcement personnel and cause the other vehicles to move aside, the surveillance drones buzzing overhead will immediately transmit this activity to the news outlets that operate them, alerting the terrorist to their presence. Keegan's field of vision, meanwhile, is networked into an operations command center via virtual reality glasses, which display real-time data on the suspect's location. These “viz glasses” continuously exchange data with other law enforcement personnel, while simultaneously performing facial scans of the surrounding crowds, subjecting each passerby to massive digital analysis. Once apprehended, despite his uncooperative silence, the suspect's identity is unmasked by a Tactical Autonomous Mobility System (TAMS), a military robot whose combat utility proved minimal and is now being tested for possible use in domestic law enforcement scenarios. Keegan, we learn, has been selected to field-test this robotic deep-learning technology system because of her prior experience managing the deployment and “force mix” of unmanned systems for the Marine Corps in Afghanistan. In technology circles, what she has been asked to undertake is known as a burn-in, a lengthy trial run of any new technological breakthrough, designed to push it to its limits of reliable functionality. The novel also contains ample instances of what the Defense Advanced Research Projects Agency (DARPA) and the National Science Foundation dub the ethical, legal, and social implications (ELSI) of technological development and diffusion. Just before his death, for example, the Princeton computer scientist boasts to his elderly guest how his use of Linux open-source software to develop complex machine-learning algorithms has made artificial intelligence (AI) universally available and affordable for every conceivable purpose. As his killer peels off an AI-designed silicon facial mask (manufactured on a 3D printer to confuse the university's AI-assisted security and surveillance system), he reveals himself to be a former DARPA engineer whose wife and son were tragically killed in a Metro crash caused by dangerous emergent behaviors in one of the scientist's AI-governed public transportation systems. This narrative thread, and many others throughout the book, illustrate what coauthor Peter Warren Singer identified in his widely acclaimed book Wired for War (published in 2009) as a key constituent of technological innovation and advance: “Anything that can go wrong, will—at the worst possible moment.” The aim of this work of fiction is not merely to engage and entertain but also to educate and inform readers about the vast array of automated and increasingly intelligent autonomous systems that are proliferating in availability and use. The authors provide detailed documentation of the actual features and current use of these systems, together with a companion educational guide to help instructors use the novel to teach about the profound depths of the robotic and AI revolution that is taking place all around us. 1. [↵][2]1. P. W. Singer, 2. A. Cole , Ghost Fleet: A Novel of the Next World War (Houghton Mifflin Harcourt, 2015). [1]: #ref-1 [2]: #xref-ref-1-1 "View reference 1 in text"

A new tool has been proposed for cloaking our true identities when photos are posted online to prevent profiling through facial recognition systems. Deep learning tools and facial recognition software has now permeated our daily lives. From surveillance cameras equipped with facial trackers to photo-tagging suggestions on social media, the use of these technologies is now common -- and often controversial. A number of US states and the EU are considering the ban of facial recognition cameras in public spaces. IBM has already exited the business, on the basis that the technology could end up enforcing racial bias.

Are machines going to replace programmers?

I started doing some home baking recently. It started, like with a lot of other people, during the pandemic lockdown period when I got tired of buying the same bread from the supermarket every day. In all honesty, my bakes are passable, not very pretty but they please the family, which is good enough for me. Yesterday I stumbled on a YouTube video on how a factory makes bread in synchronised perfection and it broke a bit of my heart. All the hard work kneading dough amounts to nothing compared to spinning motors tumbling through a mechanised giant bucket. As I watch rows and rows of dough rising in unison spirals up the proofing carousel then slowly rolling into a constantly humming monstrous oven to become marching loaves of bread, something died in me. When the loaves zipped themselves into sealed bags and dumped themselves into packing boxes, I tell myself that they don't have the same craftsmanship (in my mind) as someone who is making bread with love, for his family. But deep inside me, I understand that if bread depended on human bakers only, it would be a whole lot more expensive, a lot more people would go hungry.