By all appearances, May Mobility was a scrappy success story. The autonomous transportation startup made its debut at Y Combinator's demo day in 2017, with a team that had been working on driverless tech since the third U.S. Defense Advanced Research Projects Agency (DARPA) Grand Challenge in 2017. Within the span of a few years, May had a roster of paying customers in Michigan, Ohio, and Rhode Island as it raised tens of millions in venture capital from investors including Toyota and BMW. But on the inside looking out, it was a different story. May engineers struggled to maintain and upgrade the company's vehicle platform, at one point spending months attempting to install an air conditioning system in the depths of summer.

Jennifer Griffin takes us back through the history of US-Vietnam relations. Researchers at Ohio State University are using satellite images and sophisticated artificial intelligence technology to search for unexploded bombs from the Vietnam War. The technology already has been used to survey Vietnam War-era bomb craters in Cambodia. "The new method increased true bomb crater detection by more than 160 percent over standard methods," researchers explain in a statement. "The model, combined with declassified U.S. military records, suggests that 44 to 50 percent of the bombs in the area studied may remain unexploded."

Researchers have used artificial intelligence to detect Vietnam War-era bomb craters in Cambodia from satellite images – with the hope that it can help find unexploded bombs. The new method increased true bomb crater detection by more than 160 percent over standard methods. The model, combined with declassified U.S. military records, suggests that 44 to 50 percent of the bombs in the area studied may remain unexploded. As of now, attempts to find and safely remove unexploded bombs and landmines – called demining – has not been as effective as needed in Cambodia, said Erin Lin, assistant professor of political science at The Ohio State University. She cites a recent UN-commissioned report that has criticized the Cambodian national clearance agency for presenting a picture of rapid progress by focusing on areas at minimal or no risk of having unexploded mines.

Researchers have used artificial intelligence (AI) to detect Vietnam War-era bomb craters in Cambodia from satellite images – with the hope that it can help find unexploded bombs in near future. The new method increased true bomb crater detection by more than 160 per cent over standard methods, they said. The model, combined with declassified US military records, suggests that 44 to 50 per cent of the bombs in the area studied may remain unexploded. "As of now, attempts to find and safely remove unexploded bombs and landmines – called demining – has not been as effective as needed in Cambodia," said study researcher Erin Lin from Ohio State University in the US. For the findings, published in the journal PLOS One, the researchers started with a commercial satellite image of a 100-square-kilometre area near the town of Kampong Trabaek in Cambodia. 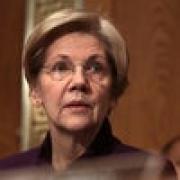 Sen. Elizabeth WarrenElizabeth Ann WarrenTrump says his Doral resort will no longer host G-7 after backlash Ocasio-Cortez: Sanders' heart attack was a'gut check' moment Ocasio-Cortez tweets endorsement of Sanders MORE (D-Mass) and entrepreneur Andrew YangAndrew YangYang cautions Democrats: Impeachment might not be'successful' Yang defends Gabbard: She'deserves much more respect' Super PAC seeks to spend more than million supporting Yang MORE's fight over jobs and automation at the last Democratic debate highlighted the divide over the contentious issue, including among experts. Warren and Yang sparred at Tuesday's presidential debate over whether automation or trade were primarily responsible for eliminating jobs in key parts of the country. Yang's campaign is centered around a universal basic income, which would pay every adult citizen $1,000 a month to combat the job loss brought on by automation. Americans, he said, are already seeing the effects of speedy technological advancement. "Their Main Street stores are closing. They see a self-serve kiosk in every McDonalds, every grocery store, every CVS," he said at the debate in Ohio.

From Ohio's "baby bot" to driver's ed in Delaware: How states are using AI ZDNet

As in many other industries, the public sector is dipping its toe into the world of AI with chatbots. According to a new survey, nearly a quarter of US states are already deploying chatbots or digital assistants for a range of use cases. These robotic process automation (RPA) tools are helping with everything from enrolling infants in health programs to tutoring new drivers. What is AI? Everything you need to know about Artificial Intelligence At the same time, these simple tools are providing state technology leaders with an easy introduction to intelligent automation, laying the groundwork for more ambitious AI deployments. Nearly nine out of 10 states are using or have some planned use for AI, according to the survey published Tuesday by the National Association of State Chief Information Officers (NASCIO) and the Center for Digital Government, with support from IBM. Conducted in August, the survey is based on responses from CIOs and other technology leaders in 45 US states.

Does the Fourth Amendment Block Cops from Using Artificial Intelligence? The Crime Report

The Fourth Amendment's prohibition against unreasonable searches and seizures could prevent law enforcement from applying increasingly sophisticated surveillance and predictive policing technology, including "superhuman" methods employing artificial intelligence, according to a professor at the University of California-Davis School of Law. In an essay published in the Ohio State Journal of Criminal Law, Elizabeth E. Joh argues that the recent U.S. Supreme Court decision in Carpenter v United States established a precedent for using the Fourth Amendment to limit the use of emerging technology, ranging from drones that help patrol borders to predictive-analytic software that can determine when and where the next crime will occur. In that landmark case, decided this summer, the Court ruled law enforcement cannot access citizens' cellphone location records without a search warrant. Although the decision focused on whether information held by "third parties" such as cellphone providers was subject to privacy protections guaranteed under the Constitution, Joh said it also touched on the changing "nature of policing" specifically the technologically enhanced means law enforcement can now exploit to gather information in the cyber era. In the Carpenter case, justices were asked to rule on whether FBI agents sidestepped their constitutional obligations to show "probable cause" for obtaining a search warrant to retrieve the locational data of a suspected serial robber's cellphone to prove he was near the scene of stores in the Detroit area where thefts had occurred.

Disney's ESPN has chosen not to broadcast a recent video-game competition -- one that features gun violence -- in the wake of last weekend's mass shootings in Texas and Ohio, according to a person familiar with the plans. ESPN is delaying its planned Aug. 10 broadcast of a recent tournament for Apex Legends, a popular battle royale game made by publisher Electronic Arts Inc., the person said, asking not to be identified as the matter is internal. The decision comes in the wake of the two shootings that prompted politicians, including President Donald Trump, to say video games that glorify violence could be contributing to the country's shooting epidemic. ESPN2 will air the taped segment on three nights in October, according to the person. It will still be available this weekend on ESPN's digital channels, including its app.

Scientific studies do not find any links between video games and gun violence. Yet on Monday, US president Donald Trump insisted that "gruesome and grisly video games" were causative in the gun massacre deaths of 22 people in El Paso and another 9 in Dayton (not Toledo) Ohio. Why scapegoat video games and demonise the people who play them? You know, that restrictions on the purchase of guns in America are so lax, you can just walk in and buy one at Walmart, a local store, a gun show or from a friend or neighbour. Trump has heavy investment in that laxity.