Chinese startup Momenta will begin test runs by October of self-driving taxis that require no human input, the company said Tuesday, aiming to make its fleet fully driverless by 2024. The "level 4" autonomous vehicles -- which can drive themselves in limited areas -- initially will have a person in the driver's seat for safety reasons. Testing starts in the city of Suzhou, near Shanghai. Momenta, whose investors include German automaker Daimler and internet services giant Tencent Holdings, looks to turn a profit in 2024 and start large-scale operation around China by 2028. The announcement comes amid a rush into China's robotaxi market by companies such as Baidu and startups Pony.ai and AutoX.

Artificial intelligence researchers at IBM have introduced a major upgrade to the famed Watson computer, allowing it to understand idioms and colloquialisms for the first time. IBM says the update makes it the first commercial AI system capable of identifying, understanding and analysing some of the most challenging aspects of the English language. Phrases like "hardly helpful" and "hot under the collar" are tricky for algorithms to spot, meaning AI is unable to debate complex topics or have nuanced conversations with humans. "Language is a tool for expressing thought and opinion, as much as it is a tool for information," said Rob Thomas, a general manager at IBM Data and AI. "This is why we believe that advancing our ability to capture, analyse, and understand more from language with NLP will help transform how businesses utilise their intellectual capital that is codified in data."

HONG KONG/BEIJING – Autonomous driving firm Pony.ai said it raised $462 million in its latest funding round, led by an investment by Toyota Motor Corp. Toyota invested around $400 million (¥44.2 billion) in the round, Pony.ai said in a statement Wednesday, marking its biggest investment in an autonomous driving company with a Chinese background. The latest fund raising values the three-year-old firm, already backed by Sequoia Capital China and Beijing Kunlun Tech Co., at slightly more than $3 billion. The investment by Japan's largest automaker comes at a time when global carmakers, technology firms, start-ups and investors -- including Tesla, Alphabet Inc.'s Waymo and Uber -- are pouring capital into developing self-driving vehicles. Over the past two years, 323 deals related to autonomous cars raised a total of $14.6 billion worldwide, according to data provider PitchBook, even amid concerns about the technology given its high cost and complexity. The Silicon Valley-based startup Pony.ai -- co-founded by CEO James Peng, a former executive at China's Baidu, and chief technology officer Lou Tiancheng, a former Google and Baidu engineer -- is already testing autonomous vehicles in California, Beijing and Guangzhou.

HONG KONG/BEIJING – Autonomous driving firm Pony.ai said on Wednesday it has raised $462 million in its latest funding round, led by an investment by Japan's largest automaker Toyota Motor Corp. Toyota invested around $400 million (¥44.2 billion) in the round, Pony.ai said in a statement, marking its biggest investment in an autonomous driving company with a Chinese background. The latest fund raising values the three-year-old firm, already backed by Sequoia Capital China and Beijing Kunlun Tech Co, at slightly more than $3 billion. The investment by Toyota comes at a time when global car makers, technology firms, start-ups and investors -- including Tesla, Alphabet Inc's Waymo and Uber -- are pouring capital into developing self-driving vehicles. Over the past two years, 323 deals related to autonomous cars raised a total of $14.6 billion worldwide, according to data provider PitchBook, even amid concerns about the technology given its high cost and complexity. The Silicon Valley-based startup Pony.ai -- co-founded by CEO James Peng, a former executive at China's Baidu, and chief technology officer Lou Tiancheng, a former Google and Baidu engineer -- is already testing autonomous vehicles in California, Beijing and Guangzhou.

Fiat Chrysler, in partnership with Chinese-based AutoX, wants to launch robo-taxis in China later this year, according to an announcement. The automobile maker, one of the "Big Three" in Detroit, has been casting a wide net for autonomous vehicle tech, and wants to keep pace with rivals in Detroit. Hong Kong's AutoX said it plans to integrate self-driving vehicle tech into a fleet of Chrysler Pacifica minivans -- the same vehicle that Waymo, Alphabet's subsidiary known for its work on autonomous vehicles, has often chosen to use. The two companies said they plan to offer up the self-driving cars this year in numerous Chinese cities, including Shenzhen and Shanghai, later in 2020. AutoX -- a lesser-known startup than others in the field -- was founded in 2016 by Jianxiong Xiao, a former Princeton professor who specializes in 3D learning, computer vision and robotics.

Forget about clinging to hopes that China, the world's largest car market, will recover from its unprecedented two-year slump anytime soon. Expectations were already bleak as the year began, with IHS Markit predicting a 10 percent drop in first quarter production. Now, the influential research firm sees a scenario in which the coronavirus spreading rapidly across the country triggers a cascade of plant closings that lasts into mid-March and reduces output by more than 1.7 million cars -- a decline of another 32 percent. China's car sales already were heading for their lowest level in at least five years before the outbreak forced authorities to lock down the epicenter city of Wuhan. Now, it's unclear when consumers will come back to showrooms as 14 provinces and cities that accounted for almost 70 percent of the country's gross domestic product shut businesses and factories until at least the second week of February.

I LOVE IT! CYBERTRUCK Grid Down: Collapse of Critical Infrastructure (PART 1) #RobertFoertsch #TRUTH 18435041776 #ArtificialIntelligence #AI #MATRIX #MKULTRA #CIA #MindControl #LocalSun #LocalMoon #StationaryLevelEarth #RobertFoertsch #TRUTH 18435041776 #Research WHAT IS THE MATRIX?: THE TRUTH ABOUT THIS WORLD The Matrix (1999) Retrospective / Review The Matrix Explained 20th Anniversary Of The Matrix by GameSpot Universe Is It TRUE? Whatever It Is... Seeing Is Believing, What? #AI #TRUTH #RobertFoertsch 18435041776 Crystal Skies - Nigel Stanford - 4k TimeLapse by Nigel John Stanford AUTOMATICA - Robots Vs. Music - Nigel Stanford by Nigel John Stanford Solar Fields - The Missing The Ultimate 432Hz VS 440Hz CONSPIRACY Comparison "I Guarantee Your Beliefs Will Change" The "Reprogramming" of Self-Sabotage The Minds of Men Official Documentary by Aaron & Melissa Dykes by Truthstream Media Ex Gang Stalking Operative Explains Tactics and Motives Why Norway is full of Teslas Why Tesla And Elon Musk Face Challenges In China How Tesla Builds Electric Cars Tesla Motors Part 2 (WIRED) How the Tesla Model S is Made Tesla Motors Part 1 (WIRED) Inside The High-Tech TESLA Factory Mind Blowing Facts by Mind Blowing Facts Tesla's Secret Plan (don't tell anyone) by Solving The Money Problem Tesla Model 3 Review: The TRUTH After 26,000 Miles How does an Electric Car work? Tesla Model S by Learn Engineering Hydrogen Torch - Hydrogen Car "This Could Be a Tragedy For Humanity" The First Brain Chip Implant We've Found The Magic Frequency (This Will Revolutionize Our Future) Nikola Tesla: Great Minds Elon Musk on Nikola Tesla – What He Said May Shock You... Thomas Edison Did Everything He Could To Stop Nikola Tesla Succeeding Tesla's Death Ray "It's like Magic" The Secret Papers of NIKOLA TESLA "It Will Be The End Of Energy Companies" The FORBIDDEN Technology of Nikola Tesla 10 Most Dangerous Ocean Phenomena in the World The World's Most Remote Buildings The B1M In the Age of AI (full film) FRONTLINE by FRONTLINE PBS Official #LocalSun #Job37 #Firmament #StationaryLevelEarth #AI #RobertFoertsch #TRUTH 18435041776 NIAGARA FALLS - ONTARIO, CANADA 2019 4K ALPS 8K - A Time-Lapse Adventure The Truth About Wireless Charging 50,000 Tesla Owners Speak & The Feature They Want MOST May Surprise You! The Matrix of Control Silent Weapons For Quiet Wars - DARPA - Agenda 21 - DNA Mapping Silent Weapons For Quiet Wars [Full Read] IS IT TRUE?

The 46th Tokyo Motor Show slated to kick off Thursday will not just focus on futuristic, cutting-edge vehicles, such as self-driving cars, it will also shine a light on unconventional mobility devices and exhibitions for children aimed at reversing flagging attendance. The show once enjoyed a reputation as one of the world's five biggest auto expos along with the Frankfurt, Geneva, Detroit and Paris shows. But it has recently lost its position as Asia's top venue to the Chinese expos in Shanghai, Beijing and Guangzhou. The 46th biennial exhibition, to be held at Tokyo Big Sight convention center and its vicinity through Nov. 4, will be attended by 192 carmakers and organizations from eight countries, down from a peak of 361 in 1995, according to the Japan Automobile Manufacturers Association, the nation's largest auto lobby and the show's organizer. Along with U.S. giants General Motors Co., Ford Motor Co. and Fiat Chrysler Automobiles NV -- which are again skipping Tokyo's show this year, BMW, Volkswagen, Audi, Porsche, Citroen, Volvo and Peugeot will also be absent this year despite participating in 2017. 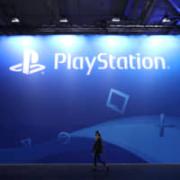 The struggle for the leadership of embattled Nissan Motor Co. ended in an uneasy compromise, as the top contenders all got senior roles. The carmaker's directors tapped Makoto Uchida, 53, the head of its China joint venture, as chief executive officer, to work alongside new Chief Operating Officer Ashwani Gupta and Jun Seki, the new deputy COO. These three were all on the shortlist a week ago. One factor in the decision was suggested by Chairman Yasushi Kimura at a news conference at Nissan's headquarters in Yokohama late Tuesday. By adopting a collective-style leadership, the board ensures that no one can dominate decision-making, a clear reference to ousted leader Carlos Ghosn's outsized influence over Nissan and its alliance with top shareholder Renault SA.

Autonomous vehicles rely on several advanced technologies to self-navigate. We unbundle the AV to see how these technologies work together and which companies are driving them forward. Autonomous vehicles rely on a set of complementary technologies to understand and respond to their surroundings. Some AV companies are focusing on these specific components and partnering with automakers and Tier-1 suppliers to help bring their products to scale while others, such as Zoox and Nuro, are designing their vehicles from the ground up. Technology is disrupting the auto industry from all sides. Get the free report PDF to learn more.