Syntiant Corp., the "neural decision processor" startup, announced completion of another funding round this week along with the shipment of more than 1 million low-power edge AI chips. The three-year-old startup based in Irvine, Calif., said Tuesday (Aug. The round was led by Microsoft's (NASDAQ: MSFT) venture arm M12 and Applied Ventures, the investment fund of Applied Materials (NASDAQ: AMAT). New investors included Atlantic Bridge Capital, Alpha Edison and Miramar Digital Ventures. Intel Capital was an early backer of Syntiant, part of a package of investments the chip maker announced in 2018 targeting AI processors that promise to accelerate the transition of machine learning from the cloud to edge devices.

Convert the Xtrain and Ytrain data set into NumPy array because it will take for training the LSTM model.LSTM model has a 3-Dimensional data set [number of samples, time steps, features]. Therefore, we need to reshape the data from 2-Dimensional to 3-Dimensional. Below the code, snapshot illustrates a clear idea about reshaping the data set.Create the LSTM model which has two LSTM layers that contain fifty neurons also it has 2 Dense layers that one layer contains twenty-five neurons and the other has one neuron. In order to create a model that sequential input of the LSTM model which creates by using Keras library on DNN (Deep Neural Network). The compile LSTM model is using MSE (Mean Squared Error) for loss function and the optimizer to be the "adam".

Deep Learning in Finance: Is This The Future of the Financial Industry?

In a recent blog post, Nomics announced the release of its 7-day crypto price predictions. Their predictions use a long short-term memory (LSTM) machine learning model. Although the 7-day predictions are still in beta, we were excited to see the development of new strategies for price analysis. This excitement got us questioning how an ML-based portfolio strategy would perform over the course of a few months. To answer that question, we are putting together a study that will benchmark the performance of an ML-based strategy against other strategies like market-cap indexes, holding Bitcoin, and score-based allocations. 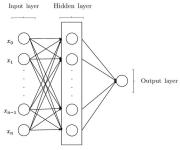 In this paper, we study the volatility forecasts in the Bitcoin market, which has become popular in the global market in recent years. Since the volatility forecasts help trading decisions of traders who want a profit, the volatility forecasting is an important task in the market. For the improvement of the forecasting accuracy of Bitcoin’s volatility, we develop the hybrid forecasting models combining the GARCH family models with the machine learning (ML) approach. Specifically, we adopt Artificial Neural Network (ANN) and Higher Order Neural Network (HONN) for the ML approach and construct the hybrid models using the outputs of the GARCH models and several relevant variables as input variables. We carry out many experiments based on the proposed models and compare the forecasting accuracy of the models. In addition, we provide the Model Confidence Set (MCS) test to find statistically the best model. The results show that the hybrid models based on HONN provide more accurate forecasts than the other models.

This blog highlights different ML algorithms used in blockchain transactions with a special emphasis on bitcoins in retail payments. The potential of blockchain to solve the retail supply chain manifests in three areas. Provenance: Both the retailer and the customer can track the entire product life cycle along the supply chain. Smart contracts: Transactions among disparate partners that are prone to lag can be automated for more efficiency. IoT backbone: Supports low powered mesh networks for IoT devices reducing the needs for a central server and enhancing the reliability of sensor data. 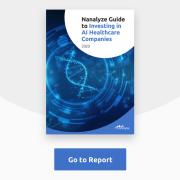 Perhaps one of the most defining technologies of the century, artificial intelligence is an emerging technology with the potential to transform every company in every industry in just about every way you can imagine. Anyone who realized the potential of AI to generate exponential value – and consequently, exponential returns – will want to invest in artificial intelligence. Whether you're a retiree looking to get some exposure to artificial intelligence or a CTO looking for something to plaster on the next board meeting slide deck, we've got you covered in this guide to investing in artificial intelligence. First, let's start with some terminology. People have lots of questions about artificial intelligence because the term is used loosely to label just about anything these days. Artificial intelligence has been around since the 1960s, and it's only recently taken off because of advanced computing hardware like GPUs from NVIDIA (more on this later). First, we need to get some AI definitions out of the way first. You will find many of the below terms used interchangeably. While the techies can debate among themselves the difference between "machine learning" vs. "deep learning", we're going to consider the two terms synonymous for the sake of simplicity. There is no one single neural network that will rule them all, but rather hundreds of algorithms that will excel in various niches.

Artificial intelligence (AI) gained unprecedented attention within the hedge fund community in recent years. However, AI is not some new kid on the block. In fact, its roots go as far back as the 1940s when Warren McCulloch and Walter Pitts first introduced the neural network. Today, it finds widespread use in applications from identifying images, speech, natural language processing to robotics and more. Similarly, the use of AI techniques for trading or investment is not a new idea either. But it was not successful in any big way in the earlier attempts. So why is everyone so excited about using AI for investments again? From my own lens, I attribute this to a confluence of technology advances and changing market dynamics. Our technology have improved by leaps and bounds over the years. My first encounter with a PC was an 8-bit Apple machine with a monochrome CRT monitor running on MS DOS. Then came machines with more powerful Intel processors.

Quantum Corporation, a global leader and pioneer in video and unstructured data solutions, today announced it was added to the Russell 2000 Index, Russell 3000 Index and the Russell Microcap Index when the indexes reconstituted on June 26, 2020. Quantum Chairman and CEO Jamie Lerner says inclusion in the Russell 2000 and Russell Microcap Indexes is further validation of the significant progress the Company has made to turnaround the business. "These Indexes comprise the most recognizable listed companies and serve as a benchmark for the micro- and small-cap markets. Our inclusion speaks to the substantial advancements we have made over the past year and will increase our exposure to the investment community. This will facilitate our continuing path to growth and advance our vision and strategy as the leader in video and unstructured data solutions."