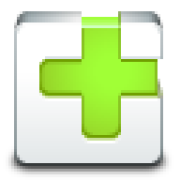 An anonymous reader quotes a report from The Wall Street Journal: Cigna plans to expand a system that uses artificial intelligence to identify gaps in treatment of chronic diseases, such as patients skipping their medications, and deliver personalized recommendations for specific patients. The product, called Health Connect 360, integrates data from a combination of sources and analytical tools, some developed at Cigna and others brought in as part of its $54 billion acquisition of pharmacy-benefit manager Express Scripts Holding Co., completed late last year. Express Scripts, which began developing the service two years ago, rolled out portions of it to some customers this year. Health Connect 360 was developed for treatment of chronic diseases, including diabetes and heart disease, as well as for pain management. The system aggregates medical, pharmacy, lab and biometric data -- such as information from glucometers, which measure blood-sugar levels -- into a dashboard that is accessible through an online interface.

UnitedHealth Group used technology that may have kept sick black patients from receiving high-quality care. New York's state departments of financial services and health sent a letter to UnitedHealth Group over its use of an algorithm that researchers found to be racially biased. Per the Wall Street Journal, the missive is an initial step into a larger investigation. The algorithm in question, Impact Pro, identifies which patients would benefit from complex health procedures favored treating white patients than sicker black ones between 2013 and 2015, according to a study published in the prestigious journal Science. New York lawmakers deemed the use of this discriminatory technology "unlawful," and asked to either demonstrate the algorithm is not biased or to stop using Impact Pro immediately.