Artificial intelligence as a central banker

Artificial intelligence (AI) is increasingly useful for central banks. While it may be used only in low-level roles today, technological advances and cost savings will likely embed AI deeper and deeper into core central bank functions. Maybe each central bank will have their own AI engine, maybe a future'BoB' (the Bank of England Bot). What will be the impact of BoB and its counterparts? BoB could today, or soon, help with many central bank tasks, such as information gathering, data analysis, forecasting, risk management, financial supervision, and monetary policy analysis. 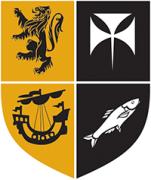 There is no question that the rise of AI (Artificial Intelligence) is gaining strength as industries across the globe look towards the revolutionary technology to change how work and with the introduction of the new 5G network. Transcending into all industry sectors from Manufacturing and Engineering to Retail and Wholesale, the rise of AI could ignite the biggest shake up on industry sectors and job reform since the introduction of the desktop computer. It is anticipated that the rise of AI is set to replace some methods of working whilst it is estimated that it could create 133 million jobs globally. Explaining the preconceptions of AI and its future, Microsoft believes that every company will be an AI company in the next 5 years; however, due to concerns that people do not fully understand the technology and therefore could be left behind. In the last 12 months Microsoft have set up a pilot AI business school here in the UK to focus on education, discussion and R&D so that they may deliver AI skills development to individuals and business.

Soon a Robot Will Be Writing This Headline

Fearing that a newfangled technology would put them out of work, neighbors broke into the house of James Hargreaves, the inventor of the spinning jenny, and destroyed the machine and also his furniture in 18th-century England. Queen Elizabeth I denied an English priest a patent for an invention that knitted wool, arguing that it would turn her subjects into unemployed beggars. A city council dictated that Anton Möller, who invented the ribbon loom in the 16th century, should be strangled for his efforts. But centuries of predictions that machines would put humans out of work for good -- a scenario that economists call "technological unemployment" -- have always turned out to be wrong. Technology eliminated some jobs, but new work arose, and it was often less grueling or dangerous than the old.

In the engine room of the economy, artificial intelligence (AI) is being heralded as a driver of productivity and commercial growth. With an ability to process huge quantities of data quickly, the technology can increase efficiency, improve the decision-making process by introducing new insights and speed up delivery. AI changes the definition of "production" and promises to transform how we measure economic growth for countries across the world. Research by Accenture shows that, by 2035, AI could double annual global economic growth rates by creating a new virtual workforce to boost productivity, enhancing the skills and ability of existing staff and driving innovations in the economy. Over time, companies using AI will not only do things differently, they will also do different things.

The business landscape is currently facing a period of uncertainty and unrest. Ongoing Brexit tensions have cut the productivity of UK companies and created a crucial need for increased productivity – which Robotic Process Automation (RPA) could help provide. New technologies like RPA are becoming more common in offices, resulting in an increase in business process efficiency. Specifically, RPA's ability to execute rules-based office tasks is resulting in employee time being freed up for more meaningful, strategic tasks, ultimately helping boost engagement, productivity and happiness. RPA and new technologies are also ushering in a new world of work: according to the World Economic Forum, 65% of children now entering primary school will hold jobs that currently don't exist.

Robots Can Do Our Jobs? No: That's Algorithmic Pseudoscience at Work

Ironically, algorithms are telling us that machines will soon be able to do most of our jobs, but those conclusions perfectly illustrate what's non-scientific about turning human reasoning over to computers. Barely a month passes without a news story about how robots and artificial intelligence (AI) are going to devastate a significant number of the jobs in the workplace, sweeping away solid salary paying employment for factory workers and white-collar clerks alike. Just this month, the UK Parliament reported on the future of work in the face of automation, declaring that over 70% of jobs were at medium to high risk of displacement. While the report draws on a "more optimistic" study by the ONS to arrive at this prediction, the ONS used methods inspired by the even-more-frightening results in a 2013 paper by Oxford economist Carl Frey and machine learning expert Michael Osbourne, which found that almost half of jobs were at high risk, and two-thirds at medium risk. The paper was so important that in addition to shaping the methodologies of later reports (like those of the ONS, the OECD, and others), it informed a speech of the Bank of England's Chief Economist to the Trades Union Congress in 2015, prompted the "Fourth Industrial Revolution" theme of the 2016 Davos Forum, provided the basis of the WEF "Future of Jobs" report, and generated a subsequent sea of articles by journalists who rarely questioned the numbers.

The solid line in the charts represents the net effect of AI, with the bars showing the displacement... [ ] and income effects. It's impossible to say precisely how artificial intelligence will disrupt the job market, so researchers at PwC have taken a bird's-eye view and pointed to the results of sweeping economic changes. Their prediction, in a new report out Tuesday, is that it will all balance out in the end. More automation in trucks, factories and elsewhere could cost around 7 million existing jobs in the U.K. by 2037. But the rise in robots and machine-learning software will make the country more productive over the next two decades, growing at a 2% annual clip, to put nearly the same number of jobs back in the system: 7.2 million, PwC estimates.