Robotic process automation startup UiPath today announced it has closed a $225 million funding round, bringing its total raised to over $1.2 billion. While the new round is roughly half the $568 million UiPath raised last April, it catapults the New York-based company's post-money valuation to $10.2 billion, up from $7 billion in 2019 and $3 billion in 2018. CEO Daniel Dines says the funding will be used to scale UiPath's platform and deepen its investments in "AI-powered innovation" as it expands its cloud software-as-a-service (SaaS) offerings. The round will also likely lay the groundwork for future strategic deals, following UiPath's acquisition of startups StepShot and ProcessGold last October. RPA -- technology that automates monotonous, repetitive chores traditionally performed by human workers -- is big business.

How Remote Work Can Fuel The New AI Tech Centers 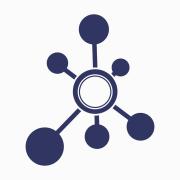 As the world prepares to embrace the new normalcy of life, a lot of companies have started allowing their employees to work from home to ensure their safety after the outbreak of COVID-19. This is especially true for organizations with computer programming, data science, artificial intelligence, engineering, and machine learning workforce. Implemented as a temporary solution, remote work is likely to become the normal way of keeping such businesses functional. Most of the companies have always preferred hiring locally, requiring employees to stay in the local region even when allowing work from home. Due to this, individuals from different parts of the world migrate to locations that have more job opportunities such as Silicon Valley, New York City, Seattle, etc.

Amazon announced Friday that it will acquire Zoox, a self-driving startup founded in 2014 that has raised nearly $1 billion in funding and which aims to develop autonomous driving technology, including vehicles, for the purposes of providing a full-stack solution for ride-hailing. Zoox will continue to exist as a standalone business, according to Amazon's announcement, with current CEO Aicha Evans continuing in her role, as well as CTO and co-founder Jesse Levinson. Their overall company mission will also remain the same, the release notes. The Financial Time reports that the deal is worth $1.2 billion. The Wall Street Journal had reported at the end of May that Amazon was looking at Zoox as a potential acquisition target, and that the deal had reached the advanced stages.

AI, the Future of Cybersecurity

In August this year, the Wall Street Journal reported on an unusual case of AI being used in hacking. Using AI, the attackers were able to impersonate a CEO's voice convincingly enough to compel a colleague to transfer nearly a quarter of a million dollars into their accounts. As unusual as it may seem, this "vishing" or voice phishing attack – a more sophisticated take on conventional phishing scams – wasn't exactly unprecedented. Vishing attacks have grown nearly 350% since 2013 and recent predictions indicate that the phenomenon will only become more commonplace in 2020 and more sophisticated as ML/AI technologies mature. Emerging AI-enabled cyberthreats such as vishing represent a new challenge for cybersecurity analysts and CISOs.

Amazon.com Inc. has reached an agreement to acquire autonomous-car developer Zoox, the two companies said Friday. The Wall Street Journal reported in May that the Seattle-based e-commerce giant was in advanced talks to buy Zoox, at a price lower than the $3.2 billion valuation Zoox had achieved in a previous fundraising round. Zoox was founded in 2014 and grew quickly amid expanding interest in autonomous vehicles and ride hailing but has more recently struggled to raise funding.

If you marched in recent Black Lives Matter protests in Atlanta, Los Angeles, Minneapolis or New York, there's a chance the mobile analytics company Mobilewalla gleaned demographic data from your cellphone use. Last week, Mobilewalla released a report detailing the race, age and gender breakdowns of individuals who participated in protests in those cities during the weekend of May 29th. What is especially disturbing is that protestors likely had no idea that the tech company was using location data harvested from their devices. As BuzzFeed News explains, Mobilewalla buys data from sources like advertisers, data brokers and ISPs. It uses AI to predict a person's demographics (race, age, gender, zip code, etc.) based on location data, device IDs and browser histories.

Being from California, I remember one of the first times that I visited New York City (NYC) and made the mistake of renting a car to get around the famous metropolis. I had figured that driving a car around the avenues and streets would give me a good sense of how the city that never sleeps was laid out and where the most notable restaurants, bars, and shops could be found. Turns out that I mainly discovered how much New Yorkers seemed to delight in jaywalking. It was as though there weren't any rules against jaywalking. Want to cut across the street and get over to that popular hangout, no need to walk down to a crosswalk, instead just make your way by walking into traffic. In most cases, the jaywalker didn't even run. One might almost think that you would dart rather than meander, but these fearless jaywalkers tended to take their time. I also found out about the techniques involved in making a devoted stare or gaze that appeared to be a local custom. In some cities, the jaywalker purposely does not make eye contact with the car drivers, seemingly acting as though the car drivers don't exist. Or, maybe by making eye contact it would become a duel to see who looked away first, and the loser perhaps has to back-down from the standoff. In any case, my experience was that the jaywalkers in NYC loved to give the car drivers a straight eye. This might be the same kind of thing you'd do when you encounter a wild animal in the woods. Given them a strong stare might say that you are mighty and the animal should not try to take you on. Some of the car drivers that were locals or that were used to the local customs would often give a stern stare back. On a few occasions, it would get really testy and the jaywalker would wave an arm and act as though they might try to slay the dragon of a car coming down the street. I admit that after I turned in the rental car and became more of a traditional pedestrian on my visits to NYC, I adopted the jaywalking habit. This was especially so because during one of my initial forays as a pedestrian there, I was walking with a colleague that was a native New Yorker, and when I attempted to walk down to a crosswalk, rather than taking the shortcut of jaywalking, he almost came out of his skin at my legal abiding approach. Are you nuts, he asked or demanded incredulously?

The Impact Of Artificial Intelligence On Influencer Marketing

In October 2017, Facebook altered the Instagram API to make it harder for users to search its giant database of photos. The change was a small element of the company's response to the Cambridge Analytica scandal, but it was a significant problem for parts of the digital marketing industry. Not long before, New York-based influencer marketing agency Amra & Elma had developed a platform that ingested data from Instagram, and allowed its client to use AI image classifiers to find very specific influencers. For instance, they could find an influencer with, say, between 10,000 and 50,000 followers who had posted photos of themselves in a Jeep. Facebook's move killed this capability in a keystroke.

Facebook executives took the decision to end research that would make the social media site less polarising for fears that it would unfairly target right-wing users, according to new reports. The company also knew that its recommendation algorithm exacerbated divisiveness, leaked internal research from 2016 appears to indicate. Building features to combat that would require the company to sacrifice engagement – and by extension, profit – according to a later document from 2018 which described the proposals as "antigrowth" and requiring "a moral stance." "Our algorithms exploit the human brain's attraction to divisiveness," a 2018 presentation warned, warning that if action was not taken Facebook would provide users "more and more divisive content in an effort to gain user attention & increase time on the platform." According to a report from the Wall Street Journal, in 2017 and 2018 Facebook conducted research through newly created "Integrity Teams" to tackle extremist content and a cross-jurisdictional task force dubbed "Common Ground."

A New York Times, Wall Street Journal, and USA Today Bestseller! Featured on CBS 60 Minutes Kai-Fu Lee named a Wired Icon, as part of Wired Magazine's 25th Anniversary Feature Publishers Weekly Fall 2018 Top 10 in Business & Economics Featured in the New York Times, the Wall Street Journal, the Washington Post, Wired, Financial Times, Bloomberg Businessweek, Business Insider, Forbes, and more. "After thirty years of pioneering work in artificial intelligence at Google China, Microsoft, Apple and other companies, Lee says he's figured out the blueprint for humans to thrive in the coming decade of massive technological disruption: 'Let us choose to let machines be machines, and let humans be humans.'"--Forbes "Kai-Fu Lee believes China will be the next tech-innovation superpower and in his new (and first) book, AI Superpowers: China, Silicon Valley, and the New World Order, he explains why. Taiwan-born Lee is perfectly positioned for the task."--New Times "AI Superpowers: China, Silicon Valley, and the New World Order, by Kai-Fu Lee, about the ways that artificial intelligence is reshaping the world and the economic upheaval new technology will generate. We need to start thinking now about how to address these gigantic changes."--Senator