Arizona Rep. Lesko on order protecting monuments: 'We should be learning from our history, not destroying it'

Rep. Debbie Lesko joins Jon Scott to discuss President Trump's executive order on the protection of monuments and statues as they continue to come under fire. Rep. Debbie Lesko, R-Ariz., appeared Saturday on the "Fox Report," ripping local Democrat leaders for allowing "lawlessness" while commending President Trump for his executive order protecting monuments. "Thank God that the president did that executive order, which basically says we have to protect our federal monuments and also would take away funding from state and local governments that don't protect the statues," Lesko told anchor Jon Scott. "Do you see some of these cities which are a Democrat -un, are just letting lawlessness go on, whether it's autonomous towns or toppling statues or defacing statues? Trump announced Friday that he signed an executive order to protect American monuments, memorials and statues and threatened those who try to pull them down with "long prison terms."

The long-awaited sequel to Top Gun is due to hit cinemas in December, but the virtuoso fighter pilots at its heart could soon be a thing of the past. The trustworthy wingman will soon be replaced by artificial intelligence, built into a drone, or an existing fighter jet with no one in the cockpit. Since 2010, the US Air Force and Boeing's QF-16 programme has been converting old F-16 fighter jets into unmanned drones, which can fly preset routes without a pilot. This year, 32 of these autonomous planes – rescued from retirement in the "boneyard" at an Air Force base near Arizona – will be used as targets in weapons testing over the Gulf of Mexico. In the future, self-flying fighter jets such as these could transform aerial combat. The Air Force's Skyborg programme, which could be in operation as soon as 2023, is developing AI systems for its unmanned Valkyrie drones which would enable them to communicate with and operate in tandem with a manned F-35 jet.

The U.S. Air Force's Next Killer Drone Could Fly And Fight All By Itself

An MQ-9 Reaper assigned to the 214th Attack Group, Arizona Air National Guard, flies over Michigan. The U.S. Air Force wants a new hunter-killer drone to replace its current fleet of 306 propeller-driven MQ-9 Reapers. And it could end up including a version of the service's Skyborg artificial intelligence. Where the Reaper is pretty dumb, the new drone could be very clever. The Air Force on June 3 released a request for information to the aerospace industry for a next-generation unmanned intelligence-strike platform.

University of Arizona researchers are collaborating on an autonomous technology project that could prove autonomous vehicles can improve traffic flow and decrease fuel consumption. The project aims to demonstrate for the first time in real traffic that using intelligent control of a small number of connected and automated vehicles can improve the energy efficiency of all the vehicles by reducing traffic congestion, said Electrical and Computer Engineering (ECE) Professor Jonathan Sprinkle. "More and more passenger vehicles come with features that automate some driving tasks," Sprinkle said. "New advancements in machine learning are showing how small changes to those features can work to address societal-scale challenges, such as the amount of fuel spent while sitting in stop-and-go traffic during a daily commute." The project is being funded through a $3.5 million U.S. Department of Energy cooperative research project.

When a precision-guided artillery projectile exploded an enemy target from 64km (39.8 miles) away in the Arizona desert during a recent live-fire exercise, the Army took a new step toward redefining land-attack tactics and paving the way toward a new warfare era in long-range fires. In a March 2020 demonstration firing of the emerging Long Range Precision Fires program at Yuma Proving Grounds, Ariz., an Army Howitzer blasted an Excalibur 155m artillery round out to ranges twice that of what existing artillery weapons are now capable of. The new weapon in development, called Extended Range Cannon Artillery, not only preserves the GPS-guided precision attack options characteristic of present-day artillery, but also extends attack ranges from roughly 30km (18.6 miles) out to nearly 70km (43.5 miles). This, senior Army weapons developers explain, gives ground artillery commanders the ability to destroy previously unreachable air and ground targets. "This provides a longer range capability, enabling commanders to attack helicopters, UAVs and go after other new targets farther range," Gen.

Is seeing still believing? The deepfake challenge to truth in politics

On Nov. 25, an article headlined "Spot the deepfake. The editors would not have placed this piece on the front page a year ago. If they had, few would have understood what its headline meant. This technology, one of the most worrying fruits of rapid advances in artificial intelligence (AI), allows those who wield it to create audio and video representations of real people saying and doing made-up things. As this technology develops, it becomes increasingly difficult to distinguish real audio and video recordings from fraudulent misrepresentations created by manipulating real sounds and images. "In the short term, detection will be reasonably effective," says Subbarao Kambhampati, a professor of computer science at Arizona State University. "In the longer run, I think it will be impossible to distinguish between the real pictures and the fake pictures."2 The longer run may come as early as later this year, in time for the presidential election. 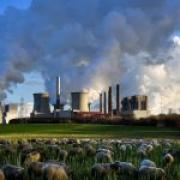 The increased freshwater from melting Antarctic ice sheets plus increased wind has reduced the amount of oxygen in the Southern Ocean and made it more acidic and warmer, according to new research led by University of Arizona geoscientists. The researchers found Southern Ocean waters had changed by comparing shipboard measurements taken from 1990 to 2004 with measurements taken by a fleet of microsensor-equipped robot floats from 2012 to 2019. The observed oxygen loss and warming around the Antarctic coast is much larger than predicted by a climate model, which could have implications for predictions of ice melt. The discovery drove the research team to improve current climate change computer models to better reflect the environmental changes around Antarctica. "It's the first time we've been able to reproduce the new changes in the Southern Ocean with an Earth system model," said co-author Joellen Russell, a professor of geosciences. The research is the first to incorporate the Southern Ocean's increased freshwater plus additional wind into a climate change model, she said.

OSIRIS-REx is NASA's first mission to an asteroid to retrieve a sample and return it to Earth. 'X' marks the spot as NASA prepares for a historic asteroid mission. NASA has selected the site on asteroid Bennu where its OSIRIS-REx spacecraft will retrieve a sample of space rock. Scientists identified four potential sites before picking a spot dubbed "Nightingale" that is located in Bennu's northern hemisphere. ASTEROID BENNU IS SHOOTING OUT ROCKS – AND NASA ISN'T SURE WHY "After thoroughly evaluating all four candidate sites, we made our final decision based on which site has the greatest amount of fine-grained material and how easily the spacecraft can access that material while keeping the spacecraft safe," said Dante Lauretta, OSIRIS-REx principal investigator at the University of Arizona in Tucson, in a statement.

NASA has captured an incredible close-up shot of plumes of dust and rocks erupting from the surface of near-Earth asteroid Bennu as it spins through the solar system. Researchers from the University of Arizona have been studying the images taken by the navigation camera on the OSIRIS-REx spacecraft. The high-resolution images were taken as part of a NASA mission to bring samples of the asteroid - that is about 300,000miles away - back to Earth for scientists to study. These images offer a detailed look at small-scale rock and particle loss from an active asteroid for the first time, say researchers. Previous studies have been limited to only the largest ejections seen from Earth.

The operator of a self-driving Uber that hit and killed a pedestrian in Tempe last year was the primary cause of the accident because she was watching "The Voice" on her phone instead of the road. That's the finding from the National Transportation Safety Board, although the federal agency identified several other contributory causes in its final report submitted on Tuesday. The board also recommended new federal and state requirements for testing autonomous cars on public roads. Beyond the driver, the board found plenty of blame to go around for the nation's first pedestrian fatality involving a self-driving car. Officials called out Uber's lax safety culture, the pedestrian who was high on methamphetamine, and the state of Arizona's lack of safety requirements for the cars.