AI: the smart money is on the smart thinking - PMLiVE

AI could also have a transformative effect on clinical decision-making through the utilisation of the huge levels of genomic, biomarker, phenotype, behavioural, biographical and clinical data that is generated across the health system. Bayer and Merck & Co provide a perfect example of this. They have developed an AI software system to support clinical decision-making of chronic thromboembolic pulmonary hypertension (CTEPH) – a rare form of pulmonary hypertension. The software helps differentiate patients from those suffering with similar symptoms that are actually a result of asthma and chronic obstructive pulmonary disease (COPD), and therefore diagnose CTEPH more reliably and efficiently. The CTEPH Pattern Recognition Artificial Intelligence obtained FDA Breakthrough Device Designation in December 2018.

A.I. Is Not Going to Magically Deliver a Coronavirus Vaccine

In late February, a paper appeared in the journal Cell with encouraging news regarding one of the world's most persistent public health problems. Researchers at Massachusetts Institute of Technology and Harvard University had used artificial intelligence to identify a chemical compound with powerful antibiotic properties against some of the world's most drug-resistant strains of bacteria -- a welcome discovery in a world where 700,000 people die every year from drug-resistant infections. It was the first time an antibacterial compound had been identified this way. The researchers named it halicin, in honor of the computer HAL in the film 2001: Space Odyssey. While the global need for new antibiotics to treat drug-resistant infections is as pressing as it was at the start of the year, the world's attention has been diverted by the novel coronavirus pandemic, and the hunt for a vaccine that can halt Covid's spread.

San Diego Supercomputer Center makes high performance computing resources available to researchers via a "condo cluster" model. Many homebuyers have found that the most affordable path to homeownership leads to a condominium, in which the purchaser buys a piece of a much larger building. This same model is in play today in the high performance computing centers at many universities. Under this "condo cluster" model, faculty researchers buy a piece of a much larger HPC system. In a common scenario, researchers use equipment purchase funds from grants or other funding sources to buy compute nodes that are added to the cluster.

First of its kind folding microbots can perform multiple tasks

Machines have gotten smaller and more efficient over the years. However, the majority of these microscopic-scale machines have limited capabilities due to restrictive movements -- something which the scientists have been working to rectify. The most extensive use case of this kind of technology could be seen in the Healthcare sector. I have recently talked about the extended role of nanotechnology in the future of Healthcare. Taking inspiration from the Japanese art of Origami, researchers at the University of Michigan have taken this approach to create more agile micro machines to be used in diverse fields like medical equipment and infrastructure sensing.

We take a closer looking at some of the more unusual security research that was presented at this year's virtual Hacker Summer Camp The annual Hacker Summer Camp traversed from Las Vegas into the wilds of cyberspace this year, thanks to the coronavirus pandemic, but security researchers still rose to the challenge of maintaining the traditions of the event in 2020. As well as tackling core enterprise and web security threats, presenters at both Black Hat and DEF CON 2020 took hacking to weird and wonderful places. Anything with a computer inside was a target – a definition that these days includes cars, ATMs, medical devices, traffic lights, voting systems and much, much more. Security researcher Alan Michaels brought a new meaning to the phrase "insider threat" with a talk about the potential risk posed by implanted medical devices in secure spaces at Black Hat 2020. An aging national security workforce combined with the burgeoning, emerging market for medical devices means that the risk is far from theoretical.

The costs and benefits of artificial intelligence

New York – The robots are no longer coming; they are here. The COVID-19 pandemic is hastening the spread of artificial intelligence, but few have fully considered the short- and long-run consequences. In thinking about AI, it is natural to start from the perspective of welfare economics -- productivity and distribution. What are the economic effects of robots that can replicate human labor? Such concerns are not new.

A novel precision medicine approach enhanced by artificial intelligence (AI) has laid the groundwork for what could be the first biomedical screening and intervention tool for a subtype of autism, reports a new study from Northwestern University, Ben Gurion University, Harvard University and the Massachusetts Institute of Technology. The approach is believed to be the first of its kind in precision medicine. "Previously, autism subtypes have been defined based on symptoms only – autistic disorder, Asperger syndrome, etc. – and they can be hard to differentiate as it is really a spectrum of symptoms," said study co-first author Dr. Yuan Luo, associate professor of preventive medicine: health and biomedical informatics at the Northwestern University Feinberg School of Medicine. "The autism subtype characterized by abnormal levels identified in this study is the first multidimensional evidenced-based subtype that has distinct molecular features and a testable mechanism for intervention." Luo is also chief AI officer at the Northwestern University Clinical and Translational Sciences Institute and the Institute of Augmented Intelligence in Medicine as well as a member of the McCormick School of Engineering. 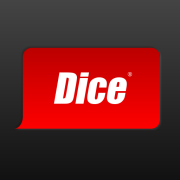 Transforming the future of healthcare isn't something we take lightly. It takes teams of the best and the brightest, working together to make an impact. As one of the largest healthcare technology companies in the U.S., we are a catalyst to accelerate the journey toward improved lives and healthier communities. Here at Change Healthcare, we're using our influence to drive positive changes across the industry, and we want motivated and passionate people like you to help us continue to bring new and innovative ideas to life. If you're ready to embrace your passion and do what you love with a company that's committed to supporting your future, then you belong at Change Healthcare.

One of the effects of the COVID-19 public health emergency is that it has added urgency and speed to technology transformations that were already occurring, such as cloud migration and deployments of artificial intelligence and machine learning. At few places is that shift more pronounced than at Rochester, Minnesota-based Mayo Clinic, which six months before the pandemic arrived in the United States had embarked on a decade-long strategic partnership with Google Cloud. "Our partnership will propel a multitude of AI projects currently spearheaded by our scientists and physicians, and will provide technology tools to unlock the value of data and deliver answers at a scale much greater than today," said Mayo CIO Cris Ross at the time. Shortly after the partnership was announced, toward the end of 2019, the health system hired longtime CIO Dr. John Halamka as president of Mayo Clinic Platform, tasking him with leading a cloud-hosted, AI-powered digital transformation across the enterprise. In the months since, like the rest of the world, Mayo Clinic has found itself tested and challenged by the pandemic and its ripple effect – but has also embraced the moment as an inflection point, a powerful moment to push forward with an array of new use cases to drive quality improvement, streamline efficiency, and boost the health of patients and populations in the years ahead.

To present a method that automatically segments and quantifies abnormal CT patterns commonly present in coronavirus disease 2019 (COVID-19), namely ground glass opacities and consolidations. In this retrospective study, the proposed method takes as input a non-contrasted chest CT and segments the lesions, lungs, and lobes in three dimensions, based on a dataset of 9749 chest CT volumes. The method outputs two combined measures of the severity of lung and lobe involvement, quantifying both the extent of COVID-19 abnormalities and presence of high opacities, based on deep learning and deep reinforcement learning. The first measure of (PO, PHO) is global, while the second of (LSS, LHOS) is lobe-wise. Evaluation of the algorithm is reported on CTs of 200 participants (100 COVID-19 confirmed patients and 100 healthy controls) from institutions from Canada, Europe and the United States collected between 2002-Present (April 2020).