CV is a nascent market but it contains a plethora of both big technology companies and disruptors. Technology players with large sets of visual data are leading the pack in CV, with Chinese and US tech giants dominating each segment of the value chain. Google has been at the forefront of CV applications since 2012. Over the years the company has hired several ML experts. In 2014 it acquired the deep learning start-up DeepMind. Google's biggest asset is its wealth of customer data provided by their search business and YouTube.

The Racist Roots of New Technology

Race After Technology opens with a brief personal history set in the Crenshaw neighborhood of Los Angeles, where sociologist Ruha Benjamin spent a portion of her childhood. Recalling the time she set up shop on her grandmother's porch with a chalkboard and invited other kids to do math problems, she writes, "For the few who would come, I would hand out little slips of paper…until someone would insist that we go play tag or hide-and-seek instead. Needless to say, I didn't have that many friends!" As she gazed out the back window during car rides, she saw "boys lined up for police pat-downs," and inside the house she heard "the nonstop rumble of police helicopters overhead, so close that the roof would shake." The omnipresent surveillance continued when she visited her grandmother years later as a mother, her homecomings blighted by "the frustration of trying to keep the kids asleep with the sound and light from the helicopter piercing the window's thin pane." Benjamin's personal beginning sets the tone for her book's approach, one that focuses on how modern invasive technologies--from facial recognition software to electronic ankle monitors to the metadata of photos taken at protests--further racial inequality.

The Technology 202: Amazon's move to temporarily bar police from using its facial recognition software could have long-term consequences

Law enforcement's use of facial recognition technology was always controversial.

At the start of the year, Andrew "Boz" Bosworth, who led Facebook's ad team during the 2016 election, wrote that Trump "ran the single best digital ad campaign I've ever seen from any advertiser." Trump's team agrees, of course. But that might not mean what you think it does. He didn't do it via microtargeting--the ability to send highly differentiated audiences just the right messages to change attitudes or inspire action--either, despite conventional understanding. His campaign did so via pure, blunt constancy, using Facebook in exactly the way the tech giant intended: pouring heaps of money and data into Facebook's automated advertising system.

Consider the grocery clerks at two Safeway stores in the San Francisco Bay Area. A few weeks ago, over 200 workers who are members of the United Food and Commercial Workers Local 5 (UFCW5) union picketed a Safeway store in San Jose, Calif. to voice concerns about a push by parent company Albertsons to add more A.I to its operations. Albertsons recently partnered with the startup Takeoff Technologies to create mini warehouses where computer vision technology automatically sorts items that shoppers order online. Using A.I. reduces the need for Safeway staff to manually locate and grab items for delivery--workers now just retrieve the finalized orders from a conveyor belt and sign off on them for eventual delivery. Several grocery store chains are investing heavily in micro-fulfillment centers after Amazon helped to popularize as-fast-as-you-can deliveries, said Andrew Lipsman, a principal analyst at research firm eMarketer.

Controversial facial recognition company, Clearview AI, is reportedly developing surveillance cameras and augmented reality glasses despite mounting public scrutiny over the company's ethics. According to documents obtained by Buzzfeed News, Clearview AI is exploring the possibility of making surveillance cameras that use computer vision software to identify subjects by cross-referencing a database. Its database of photos has been the subject of controversy after it was found to be scraping pictures from Facebook and Instagram without people's consent. Those pictures were used to train its facial recognition algorithm. The company has also partnered with at least 600 law enforcement agencies across the US. 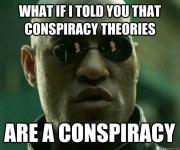 An Information Diffusion Approach to Rumor Propagation and Identification on Twitter

With the increasing use of online social networks as a source of news and information, the propensity for a rumor to disseminate widely and quickly poses a great concern, especially in disaster situations where users do not have enough time to fact-check posts before making the informed decision to react to a post that appears to be credible. In this study, we explore the propagation pattern of rumors on Twitter by exploring the dynamics of microscopic-level misinformation spread, based on the latent message and user interaction attributes. We perform supervised learning for feature selection and prediction. Experimental results with real-world data sets give the models' prediction accuracy at about 90\% for the diffusion of both True and False topics. Our findings confirm that rumor cascades run deeper and that rumor masked as news, and messages that incite fear, will diffuse faster than other messages. We show that the models for True and False message propagation differ significantly, both in the prediction parameters and in the message features that govern the diffusion. Finally, we show that the diffusion pattern is an important metric in identifying the credibility of a tweet.

Prepare for a Long Battle against Deepfakes - KDnuggets

When Stephen Hawking warned of the dangers of Artificial Intelligence in 2015, his concerns were about the Superhuman AI that would pose an existential risk to humanity. But in recent years, much more imminent danger of AI has emerged that even a genius like Hawking could not have predicted. Deepfakes depict people in videos they never appeared in, saying things they never said and doing things they never really did. Some of the harmless ones have the actor Nicolas Cage's face superimposed on his Hollywood's peers while the more serious and dangerous ones target politicians like the US House Speaker Nancy Pelosi. Deeptrace, a cybersecurity startup based in Amsterdam found 14,698 deepfakes in June and July, an 84% increase since December of 2018 when the number of AI-manipulated videos was 7,964.