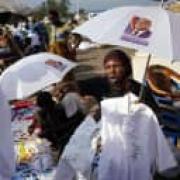 Gatwick Airport drones: What military technology are they using to allow planes to fly?

The airport's only runway was reopened on Friday morning, with a range or protection and surveillance measures reportedly put in place to prevent further chaos. One of the key tools for spotting drones will be radar. "The military has a range of technologies to secure airspace against planes, helicopters and drones," Mr Gill said. "They will be able to provide military-grade radar technology in order to help detect the drones and potentially the operators." One such radar system that may be deployed at Gatwick is the Israeli-developed Drone Dome system, of which the British Army bought six earlier this year.