How Edtech Platforms Are Finding Takers In This Ever-evolving Industry

The technological progression in India is changing the landscape of the education industry, especially as the sector integrates the latest advancements with the system seamlessly. With the pandemic catching the country off-guard and on-site education models coming to a halt, virtual classrooms and tech-enabled learning are catching pace. Aligning with the new normal, tech-enabled learning is reforming the education culture for the millennial learners. Edtech has not only escalated the game to a whole new level for educators and universities but is also anticipated to be the future of learning. The paradigm shift in the education sector is proving to be a necessary intervention as it's on its way to making learning more accessible and transformational for everyone alike.

If you are not so fond of watching cinema in the theater anymore then Xiaomi has the best thing to offer you, xiaomi mi smart projector 2. They have recently launched this product along with new Mesh System Ax3000. This smart projector gives you clear and high quality screen experience with 1920*1080 full HD resolution and auto focus. No matter how wide your wall is this can fit at multiple angles up to 120" screen using multi-angle auto keystone correction. It is also compatible with Google assistance so you can just ask "hey! Google play my favorite show".

US military was tipped off about Iran-backed attack on troops in Syria, saving lives

Fox News Flash top headlines are here. Check out what's clicking on Foxnews.com. EXCLUSIVE: The U.S. military was tipped off prior to an Iran-backed drone attack on a base in Syria housing American forces. Roughly 200 U.S. troops were evacuated by C-130 transport planes prior to the attack last week, while about two dozen remained at the small base, one military official told Fox News. While it was not clear what type of intelligence led to the tip, multiple officials say it saved lives.

Purchases you make through our links may earn us a commission. While nothing is stopping you from playing horror games at any time during the year, there's something extra special about scaring the pants off yourself during the month of October. Horror games are an equally fun alternative to cramming into an amusement park horror maze, and for the cost of a ticket, you can buy several games that provide many more hours of scares. Whether you like slashers, ghosts, psychological horror, or anything in between, these video games are sure to get you in the Halloween spirit. Get expert shopping advice delivered to your phone.

The women who brought Lara Croft to life In the '90s, Croft's face was everywhere. Arguably the most iconic gaming character to come out of the decade, Croft frequently appeared in magazines and on television commercials, "modeling" for clients ranging from credit card companies to soft drinks. She became a figure bigger than gaming, pushing into the mainstream. Within the games industry, her impact was crucial: Croft, portrayed as tall and athletic and often adorned in revealing outfits, helped establish female protagonists in the medium and the action-adventure genre as a whole. These days, her presence can be felt in the likes of "Horizon Zero Dawn's" Aloy and Ellie from "The Last of Us" -- even if Croft herself has stepped out of the zeitgeist, to a degree.

I know, you are excited about your new problem and can't wait to throw Machine Learning at it. But since you are a great data scientist you know that there are some things you just have to think about before starting. From your first data analysis until production there are many things that can go terribly wrong. So let's take some minutes to think collectively about what you can do to make sure your next project is a success. First, as with every project, you need to know what your goals are, is it a fully autonomous or human-assisted ML system?

Companies Are Already Using AI. Here's What They Are Up To

Enter your email to download this post as a PDF. We will also send you our best business tips every 2 weeks in our newsletter. There's a reason companies like Google, Amazon, and Facebook are obsessed with artificial intelligence. As the former tech chief of Baidu, Andrew Ng, said, artificial intelligence will be like the new electricity – a technology that finds its way into practically every aspect of our economy. AI has the potential to improve our lives to such an extent that it might eliminate the need to work at all. Gathering resources might not be a problem at all.

The Age of Useful Robotics - SaugaTalks 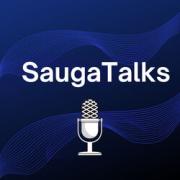 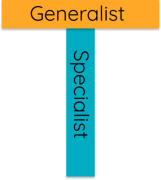 It also allows you to demonstrate the expertise that you did not develop in your past work experience but did focus on in personal projects. This also means that a portfolio is not a tool primarily used to make up for gaps in work experience. It can also help you get an edge in the more sought-out positions in the field. The T-shaped profile represents two things. First, the horizontal bar represents generalistic skills. A Data Scientist should have basic knowledge of statistics, programming, deployment, business, etc. Second, the vertical bar represents a specialized skill. This can be a focus on NLP, Computer Vision, Time Series, etc.