Apple's rumored mixed reality headset may help you create apps even if you don't know how to code. The Information sources claim Apple is working on a tool that would let anyone create augmented reality apps with Siri. You'd only have to tell the voice assistant what you want -- you could have digital animals scurrying around the room without the need for modelling, animation or conventional programming software. The AR creation tool is said to be based on technology from Fabric Software, a Canadian company Apple quietly bought in 2017. The acquired startup's Fabric Engine let developers automatically create environments and objects using procedural generation, a technique used in games like No Man's Sky.

Every day the dust settles on thousands of square kilometres of solar panels around the world, cutting the amount of electricity they produce. A robot designed by an Israeli start-up can autonomously clean rooftop solar panels that other cleaning robots can't access, increasing the panels' electricity generation by as much as 15 per cent. Autonomous robots are widely used to clean large-scale solar arrays on the ground.

This 901-piece robot building kit is over half off

TL;DR: Through Jan. 30, the 2-in-1 Remote and App-Controlled Robot Building Kit(Opens in a new window)(opens in a new tab) is on sale for $129.99 -- that's 55% off its usual cost of $292. STEM skills are more important than ever -- and learning them is easier than ever because kids these days get to build robots and control them with apps. In fact, adults are buying awesome toys(Opens in a new window) and making big profits for toy companies. With this 2-in-1 Build a Robot Kit, builders can get creative and clever using 901 available pieces to build their choice of robo(Opens in a new window)(opens in a new tab)t, now for 55% off until January 30. Whether you want to build the car or design the tank on tracks model, this robotics kit comes with many supplies to make your robot a reality.

Alphabet Inc.'s Google, the pioneer of some of the technology that paved the way for a recent string of eye-catching developments in artificial intelligence, is now trying to play catch-up. In recent months, Google's competitors have publicly released AI-based programs that can generate images and text passages from simple prompts, capabilities that the tech giant has tested internally for years.

Why the AI Explosion Has Huge Implications for the Metaverse 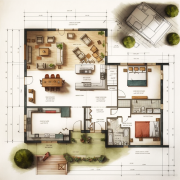 A version of this article was published in TIME's newsletter Into the Metaverse. You can find past issues of the newsletter here. Think of your dream house. Maybe it has high, arching ceilings, a roaring fireplace and expansive windows that look out onto a placid lake. Or maybe it's a breathing metallic dome that sits on a fiery planet and is filled with alien butlers.

What's happened: A new method could help us to spot AI-generated texts. Watermarking buries hidden patterns in the text that are invisible to the human eye, but lets computers detect that the text probably comes from an AI system or a human. Why it matters: ChatGPT is one of a new breed of large language models that generate fluent text that reads like a human could have written it. These AI models regurgitate facts confidently, but are notorious for spewing falsehoods, which makes it worrying that they're already being adopted for everything from essays to workout plans. To the untrained eye, it is almost impossible to detect whether a passage is written by an AI model or human.

As AI assistants such as ChatGPT continue to cause a sensation, a survey by Microsoft of over 3,000 people has found that the vast majority of workers want more help from artificial intelligence to automate mundane daily tasks. It surveyed 2,700 workers and 1,800 business decision makers in the US, UK, and Japan. Also: What is ChatGPT and why does it matter? Here's everything you need to know The research found that 89% of people feel "more fulfilled" when they have access to AI tools "because they can spend time on work that truly matters". But 30% of employees surveyed said they don't have access to AI tools.