Hosted by Dylan Doyle-Burke and Jessie J Smith, Radical AI is a podcast featuring the voices of the future in the field of artificial intelligence ethics. In this episode Jess and Dylan chat to Veena Dubal about the ethical crisis of the gig economy. What is precarious work and how does it impact the psychology of labor? How might platforms like Uber and Lyft be negatively impacting their workers? How do gig economy apps control the lives of those who use them for work?

Reading: Books with busy pictures 'make it harder for kids to focus and understand the story'

Illustrating children's books with too many detailed, non-essential pictures makes it'harder for kids to focus and absorb knowledge', a study has demonstrated. Colourful pictures intended to motivate young readers may achieve the exact opposite by drawing attention away from the story text, US researchers warned. Although reading is considered a'gateway for learning', around 20 per cent of children in the UK do not meet the minimum level of literacy proficiency. Children's books typically include eye-catching illustrations to help readers visualise the characters and setting of the story. However, eye-tracking studies found that too many pictures can prove distracting.

Hot For The Holidays? Amazon Home Drone, Kid Echo And A Sexy Alexa

With all of the spectacle of an Apple event and droid-like gadgetry of the Disney Star War series The Mandalorian, the Amazon Devices & Services Showcase on September 24 dazzled with more than a dozen new products to help consumers adapt to pandemic life and better integrate work, school and entertainment into their smart homes. Here are highlights from the show along with my interview of Alexa's Head Scientist Rohit Prasad. Ring Always Home Cam is sure to become a family favorite as it zips around the house playing with your dog, spying on the nanny, searching for your phone, checking the oven, and spooking intruders. Echo Dot Kids Edition, which comes in animal-themed tiger and panda prints, switches to Alexa kid mode with a child-friendly tone when answering a youngster's questions, helping with homework, reading bedtime stories, calling friends, and playing games. One year subscription to Amazon Kids with Audible books included.

The "whiteness" of artificial intelligence (AI) removes people of colour from the way humanity thinks about its technology-enhanced future, researchers argue. University of Cambridge experts suggest current portrayals and stereotypes about AI risk creating a "racially homogenous" workforce of aspiring technologists, creating machines with bias baked into their algorithms. The scientists say cultural depictions of AI as white need to be challenged, as they do not offer a "post-racial" future but rather one from which people of colour are simply erased. In their paper, "The Whiteness of AI" published in the journal, Philosophy and Technology, Leverhulme CFI Executive Director, Stephen Cave and Dr Kanta Dihal offer insights into the ways in which portrayals of AI stem from, and perpetuate, racial inequalities. Cave and Dihal cite research showing that people perceive race in AI, not only in human-like robots, but also in abstracted and disembodied AI.

The Rise Of Restaurant Robots Amidst Pandemic Measures

In a restaurant landscape where lean profit margins are getting even slimmer due to the necessary COVID-19 safety measures of distancing, staying afloat is an increasingly difficult challenge. Small wonder, then, that some operators are using whatever means they can to stand out from their competition. Robot waiters, although not a new phenomenon, are making headlines around the world again, but this time with a socially distanced twist. At Claypot Rice, a Chinese restaurant in Calgary, robot greeters and servers chat with guests, take orders and run food from the kitchen. These are typically three distinct roles performed by humans, a fact not lost on owner Alex Guo. 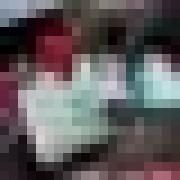 In this article, we will finally put an end to the "Automating Swords & Souls" series (thank God!). We will continue from where we left off in the previous post and solve the last three mini-games, namely the Accuracy, Dodge, and Critical training, all in this one article. The reason for not separating the tutorial into further posts (e.g. one exclusively for Accuracy training, etc.) is the fact that these training are not vital (unlike the previously covered ones), hence not that important to automate. It is only because of the weird fusion of my masochist and perfectionist sides that I even bothered dealing with coding and fine-tuning (at least to a certain degree) these scripts. But hey, all is good when automating is considered, right?

This one had me do a double take. If you really want to feel like your home is some sort of impenetrable fortress complete with roving security drones. Amazon's Ring has a new product for you. Ring latest home security camera is taking flight -- literally. The new Always Home Cam is an autonomous drone that can fly around inside your home to give you a perspective of any room you want when you're not home. Once it's done flying, the Always Home Cam returns to its dock to charge its battery.

Academics from the Massachusetts Institute of Technology (MIT) and Massachusetts General Hospital have demonstrated how neural networks can be trained to administer anesthetic during surgery. Over the past decade, machine learning (ML), artificial intelligence (AI), and deep learning algorithms have been developed and applied to a range of sectors and applications, including in the medical field. In healthcare, the potential of neural networks and deep learning has been demonstrated in the automatic analysis of large medical datasets to detect patterns and trends; improved diagnosis procedures, tumor detection based on radiology images, and more recently, an exploration into robotic surgery. Now, neural networking may have new, previously-unexplored applications in the surgical and drug administration areas. A team made up of MIT and Mass General scientists, as reported by Tech Xplore, have developed and trained a neural network to administrator Propofol, a drug commonly used as general anesthesia when patients are undergoing medical procedures.

Graph Database: How Graph Is Being Utilised For Data Analytics 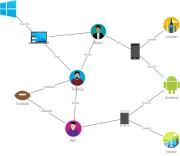 In computing, a graph database (GDB) is a database which utilises graph structures for semantic queries with nodes, edges, and properties to represent and store data. The graph related data items in the store to a collection of nodes and edges, where edges are representing the relationships across the nodes. Graph databases are a kind of NoSQL database, built to address the limitations of relational databases. While the graph model clearly lays out the dependencies between nodes of data, the relational model and other NoSQL database models link the data by implicit connections. Graph databases are the fastest-growing category in all of data management.