Artificial Intelligence: The challenges and problems of hypergrowth companies

It promises a consequent development that reassures the leaders. But it also brings new challenges and requires the ability to respond to problems that were very different from those of the early days of the company. Hypergrowth generates a certain satisfaction, but it also requires a review of the entire organization, recruitment and fund management. In an Ifop survey for KPMG, 100 leaders of high and hyper-growth companies shared their experience with this situation. Hypergrowth in a company involves many changes in a very short time.

Lip-Reading AI is Under Development, Under Watchful Eyes - AI Trends 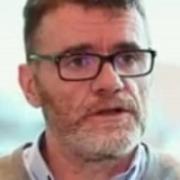 A lip-reading app from Irish startup Liopa is said to represent a breakthrough in the field of visual speech recognition (VSR), which trains AI to read lips without any audio input. Liopa's product, SRAVI (Speech Recognition App for the Voice Impaired) is a communication aid for speech-impaired patients. It is likely to be the first lip-reading AI app available for public purchase, according to an account from Vice/Motherboard. Researchers driven by a range of potential commercial applications including surveillance tools have been working for years to teach computers to lip-read, and it has proven a challenging task. Liopa is working to certify SRAVI as a Class I medical device in Europe, hoping to complete the certification by August.

Robots and your job: how automation is changing the workplace

If you're worried that robots are coming for your job, you can relax -- unless you're a manager. A new survey-based study explains how automation is reshaping the workplace in unexpected ways. Robots can improve efficiency and quality, reduce costs, and even help create more jobs for their human counterparts. But more robots can also reduce the need for managers. The study is titled "The Robot Revolution: Managerial and Employment Consequences for Firms." 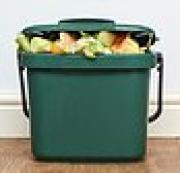 A coastal survey using drones in Dorset has laid bare the scale of the UK's litter problem. The drones flew over beaches in Bournemouth, Christchurch and Poole across seven days in the May half term this year. Eighteen sites along the seafront in the region were monitored between May 27 and June 2, covering an overall area of 475,000 square metres. The technology found more than 1.5 tonnes of rubbish left behind by visitors – a third of which were glass bottles when measured by volume. In all, more than 123,000 items were identified, up from 22,266 in a drone survey of the same areas during the March lockdown – marking an astonishing 454 per cent increase due to relaxing lockdown measures.

Results from the DOTS competition were released yesterday, after an intense month with teams from around the world designing new algorithms for robot swarms tasked with delivering emergency food parcels. The Scenario Increases in the number of emergency food parcels distributed by food banks have accelerated over the course of the coronavirus pandemic, particularly in those going to children. Robot swarms could help streamline the distribution of these emergency food parcels, while freeing up time for volunteers and workers to interface with the users and provide human contact. What if you could unbox a swarm of robots and immediately use them to power your organisation and transport needs? You could use them to organise the stock room of a small retail shop, or retrieve boxes in a pop-up distribution centre for school lunches.

The cutdown painting is about 15 feet wide by 13 feet high. About two feet from the left of the canvas was shaved off, and another nine inches from the top. Lesser damage was done to the bottom, which lost about five inches, and the right side, which lost three. Temporarily restoring these parts will give visitors a glimpse of what had been lost: three figures on the left-hand side (two men and a boy) and, more important, a feel for Rembrandt's meticulous construction in the work's composition. With the missing pieces, the original dynamism of the masterpiece is stirred back to life. I say nostalgic, because I grew up playing golf with my dad, who passed away from ALS in 2020 and was unable to play the sport in his final years. In his spare time, you could catch him practicing his swings with an imaginary club. In the second grade, I even made him a clay golf ball to put his pencils in. As I played "Mario Golf," I couldn't help but imagine how he would've reacted to seeing a video game that's all about his favorite hobby -- with a Mario twist.

What Neuralink and other BCIs can and can't do

Kusanagi Motoko, Johnny Mnemonic, Takeshi Kovacs, John Perry, Lenny Nero -- the practice of melding biological minds with electronics hardware is a cornerstone technology of modern cyberpunk literature. And, if certain medical device startup companies are to be believed, accomplishing similar cybernetic feats -- from downloadable memories to "Whoa, I Know Kung Fu"-style instantaneous learning -- could become reality sooner than we think. BCIs are, essentially, devices that read the electrochemical firing of the brain's myriad synapses, interprets and translates that signal into a digital format that can be understood by computers. Research on the technology began in the 1970s at the Brain Research Institute of University of California at Los Angeles under the watch of pioneering neurologist, Dr. Jacques J. Vidal. It took researchers more than two decades to sufficiently lay the basic technological groundwork needed to progress from animal models but by the mid-1990s the very first BCI prototypes were being installed in human craniums.

It is well known among deep-learning manias that bilinear upsampling layers in TensorFlow have pixel-offset issues. But the problem remains to cause inconsistent computation flow when exporting a trained model in TensorFlow into another DL framework through various versions. In my case, a neural network model with bilinear upsampling layers showed weird behavior when converting the trained model from TensorFlow 2.5 to Apple Core ML by using coremltools 3.4. After uncountable coding, trials, and delete-delete-delete, I nearly gave up the consistent results of the upsampling layer between TensorFlow and Core ML. I wanted to use Keras in the latest TensorFlow 2.5 for training in Windows PC, and I wanted to use the previous coremltools 3.4 for converting the trained model to Core ML for my macOS laptop.