You won't have to visit Japan to see a life-size Gundam statue in the months ahead, although you may still have to book a lengthy trip. Our Engadget Chinese colleagues report that Bandai Namco will debut an 18-meter (about 59ft) Freedom Gundam statue at the LaLaport Mall in Jinqiao, Shanghai, China sometime in 2021. It's the first large Gundam robot statue to be built outside of Japan, Bandai Namco said. It's unclear if this robot will have any movement like the recent Yokohama statue, but it won't be surprising if that's the case. These statues have been cultural draws for years in Japan, and movement (however limited) might draw more people. The pandemic complicates matters -- it's unclear how many people will want to venture outside to see a robot statue in 2021.

Hailo, the AI chip startup, is teaming with a Japanese systems designer and manufacturing giant Foxconn to develop an AI edge processor aimed at video analytics applications. The edge partnership is based on Foxconn Technology's BOXiedge platform that integrates the Hailo-8 deep learning processor with a parallel processor from Japanese system-on-chip designer Socienext Inc. The combination creates a local video management server designed to shift workload processing from the cloud to the edge. Yokohama-based Socionext specializes in low-power edge processors, including the recent release of an AI processor based on deep neural network technology. The approach is said to be "quantized," that is, the device is tuned to specific values such as signals, rather than a continuous range of values.

After a passenger infected with the novel coronavirus boarded the Diamond Princess cruise ship in January, the virus quickly spread, eventually infecting at least 712 and killing seven. Critics labeled the ship quarantined in Yokohama a floating petri dish, and at least one Japanese expert attributed the explosion of cases to food trays passed out by infected crew. Could robots have made a difference? As countries around the world grapple with COVID-19, front line medical workers are deploying robots, telemedicine and other technologies to help contain the pandemic. China and Spain have used drones to monitor people during lockdown campaigns, while South Korea has deployed them to help disinfect areas in Daegu, an epidemic hotspot.

Three months into the job, Nissan Motor Co. Chief Executive Officer Makoto Uchida still isn't sure how much deeper cost cuts need to be, as the coronavirus outbreak adds another layer of uncertainty to the carmaker's already challenging business outlook. The CEO has promised to unveil a turnaround plan in May, on top of a plan to cut more than 12,500 jobs amid decade-low profits and management turmoil caused by the 2018 arrest of Carlos Ghosn, the company's former chairman. "All possibilities are on the table," Uchida, 53, said in an interview at the automaker's headquarters in Yokohama on Tuesday. He said that fixed costs, such as salaries and plants, which aren't affected by the amount of cars Nissan produces, could be on the table. "If our performance doesn't improve, then of course we are ready to take a closer look at fixed costs."

As Nissan Motor Co.'s shareholders meet Tuesday to place new management on the board, the backdrop is looking grim. Sales and profitability are declining, a turnaround plan isn't due for another three months and the stock is hovering near decade lows. The scheduled vote will add Chief Executive Officer Makoto Uchida, Chief Operating Officer Ashwani Gupta, Executive Vice President Hideyuki Sakamoto and Renault SA director Pierre Fleuriot as directors in what essentially is a swap with their executive predecessors. The proposals at the meeting, which starts at 10 a.m. in Yokohama near Nissan's headquarters, are all but assured to pass with the support of the French carmaker, which owns 43 percent of its Japanese partner. Nissan has been mired in near-constant turmoil since the November 2018 arrest of former Chairman Carlos Ghosn on charges of financial misconduct.

The port of Yokohama will play host to a colossal, walking Gundam robot for a year starting this October. With 24 degrees of motion, it'll be the most advanced full-sized Gundam ever built, and the engineering challenge of making it work is enormous. First going to air in 1979, Yoshiyuki Tomino's Gundam series has left an indelible mark on Japanese culture and the world of animation. Its giant, samurai-influenced, sword-fighting mecha robots have launched nearly 50 official TV series and movies, and inspired countless others. Transformers, Pacific Rim, Real Steel, Voltron, MegaBots, anything with a big robot in it owes some debt to Gundam, indeed, even the Master Chief's armor in the Halo series of video games.

From anime to reality: Mobile 25-ton Gundam robot to be built in Yokohama 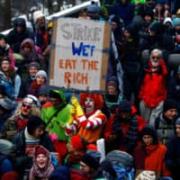 What was once thought limited to the realm of animation is set to become reality in Yokohama this fall when an 18-meter mobile Gundam robot steps into action. Fans of the iconic anime series will be able to get an up-close look at the 25-ton machine at Gundam Factory Yokohama, a 9,000 sq.-meter facility set to open at Yamashita Pier on Oct. 1 for a year. Tickets for the facility will go on sale in July, though the price has not been disclosed. Other details remain a mystery, such as the exact movements the robot will be able to perform using its 24 fully functional joints. Gundam Factory Yokohama will consist of two areas: a 25-meter-tall Gundam-Dock that will serve as its maintenance site, and a two-story building with shops and event space.

Researchers in Japan and The Netherlands have, for the first time, used machine learning techniques, in particular artificial neural networks (ANNs), to predict the Indian Ocean Dipole (IOD), a positive phase of which has affected weather and climate in India and Australia in a spectacular fashion so far in 2019-20. The IOD has both positive and negative phases, and signals large socio-economic impacts on many countries and hence predicting the IOD well in advance will benefit the affected societies, note authors JV Ratnam and Swadhin K Behera (Application Laboratory, Japan Agency for Marine-Earth Science and Technology, Yokohama) and HA Dijkstra (Institute for Marine and Atmospheric Research Utrecht, Utrecht University in The Netherlands) in a paper published by Nature. The IOD is a mode of climate variability observed in the Indian Ocean sea surface temperature anomalies with one pole in Sumatra (Indonesia) and the other near East Africa. Therefore, the IOD is represented by an index derived from the gradient between the western equatorial Indian Ocean and the south-eastern equatorial Indian Ocean. It starts sometime in May-June, peaks in September-October and ends in November (2019's rather strong positive phase of the IOD lasted into early January of 2020).

Those were some of the questions posed by John Zimmer, president and co-founder of U.S. rideshare firm Lyft, at the recent Rakuten Optimism 2019 conference in Yokohama, Japan. Lyft became the first ridesharing company to go public earlier this year when it completed an IPO with a valuation of $24 billion. It has also been pursuing autonomous driving technology: in partnership with Aptiv, Lyft recently notched 50,000 rides in Las Vegas in just a year, and has recently launched Waymo autonomous vehicles on the Lyft platform in Phoenix, Arizona. Against that background, Zimmer spoke about the future of transport with Mickey Mikitani, CEO of early Lyft investor, Rakuten. "We have to think about what is the right infrastructure to support (the future of transport)," Zimmer said during his second appearance at Optimism since speaking at the inaugural conference last year in San Francisco.