Amazon Alexa: is it friends with your kids? 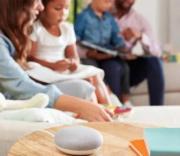 The tech giants are racing to get digital assistants into our homes - the Amazon Echo Dot currently has a 40% discount during Amazon Prime Day - but debate rages over whether they are suitable for children. There have certainly been teething problems. Toy giant Mattel abandoned its "AI babysitter", Aristotle, last year following privacy concerns. And music streaming service Spotify is currently testing a way of filtering out songs with explicit lyrics following complaints from parents that family-friendly versions of tracks did not play by default when requested on smart speakers. Amazon Echo meanwhile added a feature to encourage children to be more polite to it following concerns that the abrupt way in which people talk to it was teaching children to be rude.

Will artificial intelligences ever be able to match humans in abstract thought, or are they just very fancy number crunchers? Researchers at Google DeepMind are trying to find out by challenging AIs to solve abstract reasoning puzzles similar to those found in IQ tests.

Robots Can't Hold Stuff Very Well. But You Can Help

Imagine, for a moment, the simple act of picking up a playing card from a table. You have a couple of options: Maybe you jam your fingernail under it for leverage, or drag it over the edge of the table. Now imagine a robot trying to do the same thing. Tricky: Most robots don't have fingernails, or friction-facilitating fingerpads that perfectly mimic ours. So many of these delicate manipulations continue to escape robotic control.

Daimler and Bosch to Test Self-Driving Taxis Next Year

Daimler and Bosch say they'll test a self-driving car in a ride-hailing service in California in 2019. The two German companies didn't say which model Mercedes car or SUV they'll use, only that the first self-driving taxis will put safety drivers behind the wheel, just in case, and will incorporate Pegasus, Nvidia's self-driving hardware and software package. According to Automotive News, later iterations of the car will use a Bosch system based on Nvidia hardware. There's a lot the companies didn't say. For one, they haven't selected the city in California where the program is to roll out.

How Minecraft is helping kids fall in love with books

Robert Louis Stevenson's 1881 classic Treasure Island tells of Jim Hawkins's adventures on board the Hispaniola, as he and his crew – along with double-crossing pirate Long John Silver – set out to find Captain Flint's missing treasure on Skeleton Island. Now, more than a century later, children can try and find it themselves, with the bays and mountains of Stevenson's fictional island given a blocky remodelling in Minecraft, as part of a new project aimed at bringing reluctant readers to literary classics. From Spyglass Hill to Ben Gunn's cave, children can explore every nook and cranny of Skeleton Island as part of Litcraft, a new partnership between Lancaster University and Microsoft, which bought the game for $2.5bn (£1.9bn) in 2015 and which is now played by 74 million people each month. The Litcraft platform uses Minecraft to create accurate scale models of fictional islands: Treasure Island is the first, with Michael Morpurgo's Kensuke's Kingdom just completed and many others planned. While regular Minecraft is rife with literary creations – the whole of George RR Martin's sprawling setting for Game of Thrones, Westeros, has been created in its entirety, as have several different Hogwarts – Litcraft is not all fun and games, being peppered with educational tasks that aim to re-engage reluctant readers with the book it is based on.

A computer running artificial intelligence software defeated two teams of human doctors in accurately recognizing maladies in magnetic resonance images on Saturday, in a contest that was billed as the world's first competition in neuroimaging between AI and human experts. Good versus evil is a daily battle on a variety of levels but perhaps none more so than that those tracking developments within the realm of Artificial Intelligence. The question on the minds of many business leaders is will the technology create more efficiency within industries or will machines end up usurping their very users. Many in the workforce simply want to know whether there will be massive impending job loss as a result of AI or whether such tech advancements will help them to be more productive. There are wild myths about this new area of tech and even wilder predictions amidst few, if any, regulations and standards.

The complaints add to the barrage of criticism facing the Silicon Valley giant over its handling of users' personal details. Several American government agencies are currently investigating Facebook's response to the harvesting of its users' data by Cambridge Analytica, a political consulting firm. Facebook's push to spread facial recognition also puts the company at the center of a broader and intensifying debate about how the powerful technology should be handled. The technology can be used to remotely identify people by name without their knowledge or consent. While proponents view it as a high-tech tool to catch criminals, civil liberties experts warn it could enable a mass surveillance system.

Delivery drones can learn to see and dodge obstacles in-flight

Drones have a habit of crashing. If they are ever to be relied on for delivering packages in complex environments like cities, they're going to have to get smarter. A team of researchers from the University of Zurich and Intel has come up with a way for drones to do this – learn to dodge obstacles as they fly. Elia Kaufmann and colleagues wanted to develop drones that could autonomously pilot themselves through hoops or gates used in drone racing.

The Push For A Gender-Neutral Siri 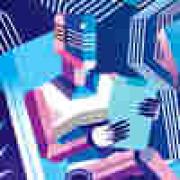